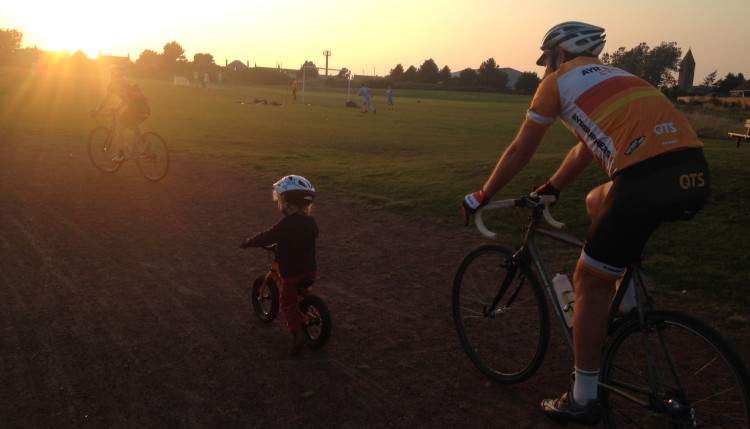 With so many rides and activities going on you’ll forgive us please for neglecting our news feed a little! Anyway, here are some of the exciting things that have been happening:

Will Jackson was one of several Burners at the Pedal for Scotland Glasgow to Edinburgh Rides. His average speed for the 115 mile Big Belter ride was a staggering 19mph – most of which he completed solo! Chapeau sir

Harry 'hurricane' McGarvie – one of the first to finish the #MadeBraveChallenge with @Daily_Record! #PFS2015 pic.twitter.com/TfL1rZVMRq

Meanwhile, the 50mile challenge ride saw Harry McGarvie treat the closed road route like a processional run into the Champs Elysees. ‘Phew’ said his mum Kat, he need to tire himself out’. Harry’s lovely mugshot also managed to feature in most the main Scottish news publications of the day too!

Challenge Series update
At the end of our sixth challenge ‘Visit the Neighbours’, Alex Hamilton had opened up a further 50 points on nearest challenger Duncan MacArthur. However, it was newcomer Claire Pioli who visited the most Scottish Local Authorities to claim the most points. Full standings here: 2015-09 Challenge Series after 6 of 8

Challenge 7 has been set: http://t.co/VGRXoMYeD5 who can cycle most frequently during European Mobility Week? 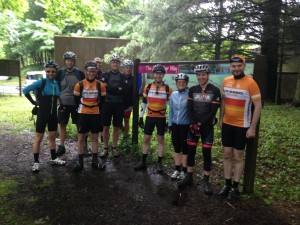 We enjoyed the last of our 4 summer chiller rides on Saturday. Despite the blustery and unsettled conditions, 15 riders were encouraged our for a gentle paced 40km ride. Sticking to the published 12-13mph speed, the rides have been great social opportunities with many new faces coming out. As we head into Autumn we’re continuing the format with some special ‘marathon-distance’ rides. You might not want to run 26.2miles, but for sure you are ready to cycle it. Check out our first ride here: 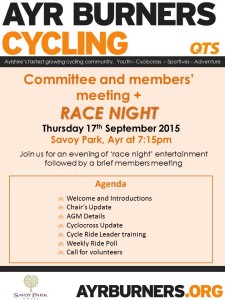 This Thursday we host our third Committee and Members’ meeting, thanks to the Savoy Park Hotel. This is not just any members meeting, this is a Burners meeting, and therefore there is some entertainment. Our Race Night will feature some ‘classic’ cycling footage from events large and small. Following a brief teaser you have to lay your 10p bet on which rider crosses the line first. We promise, jedi-cycling-anorak knowledge of pro racing is not required, simply good luck.

Sparks Academy – Balance Bikers go wild
We’ve been loving our Balance Bike sessions. There is no-more fulfilling way to spend a morning that supporting under-5s to have fun on bikes. For our fifth session we are going a little more adventurous with a trip to the Kyle Academy Pump track. Our regular Sparks have proven they are up for the fun of bumps and dippers, while we will set out one of our usual circuits for those lacking confidence. At the time of typing more than half the spaces had gone within an hour of being published. Check out the Event Brite link here:

And once you recover from the noise and enthusiasm of the Balance Bikers, we recommend you head down to the Galloway Forest for the awesome ‘Galloway Gallop’ Adventure Cross Sportive. This is part of the Cycling Weekly Adventure Series, but more importantly, it is organised by our friends at ‘Rather Be Cycling Ltd’ so you can be sure it will be a fantastic event. The route looks stunning, and you are sure to finish your weekend with the sweet sensation of tired limbs. Check out full details here: http://bookmyride.ipcshop.co.uk/shop/adventure-x/galloway-gallop-adventure-cross-2015

Racing
Finally, doff your casquettes to our members who like to pin on a number and go race! Last week it was John-Paul Baxter who took on the new Beveridge Park Grand Prix Cyclocross Race in Fife. He was sitting comfortably in 20th place until a little bump with another ride resulted in a mechanical. Nevermind, the course was fun and it was great to catch up with friends at Albannach and Portage cycling groups.

And Congratulations to Harry McGarvie who gave up a sunny Sunday morning to go ‘testing’, resulting in an amazing 6th place in the Scottish Youth Time Trial Championships. While riding for Ayr Burners, Harry has also enjoyed huge support from his other club Fullarton Wheelers and we’re all grateful to them for looking after him.

Our photo competition finishes this month – JP is in the spirit – but what do you have to share?

The Best Of the FPP Ayrshire Alps Friendly