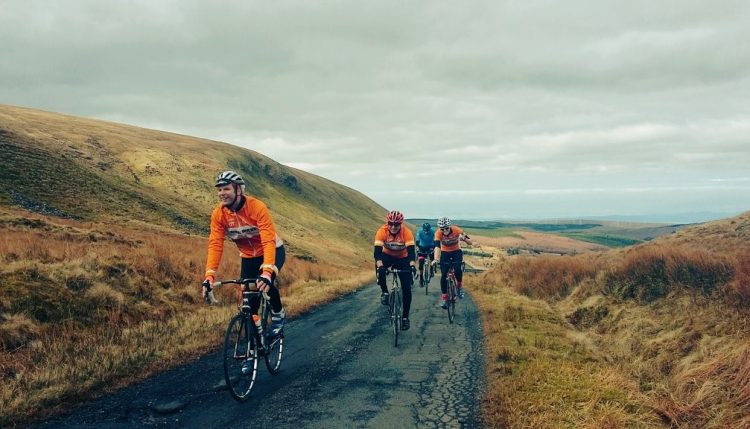 A record number of cyclists have signed up for the 3rd Ayrshire Alps Sportive on the 27th August.   Over 320 riders will take on a challenging route that starts in Kirkmichael, crossing the hill roads to Barr and Straiton before returning to Kirkmichael.   The first riders will set off at 0930, and are expected to complete the 100km route by 15:30.  A testing 60km circuit is also promoted, offering two short cuts on the main route.  Both the 100km and 60km riders feature a number of categorised climbs, all at least 2km long including Nic O Balloch and Tairlaw.

The event is organised by local development group Ayr Burners Cycling QTS, who promote the Ayrshire Alps Cycle Park project.   To coincide with the event, the ‘Burners will launch a new printed map of the Ayrshire Alps area, featuring 16 categorised climbs across the Carrick area, all within a 20 mile radius.  The Ayrshire Alps project has received significant exposure in recent months, with a feature in Cycling Plus magazine followed by an widely circulated article in the Guardian. 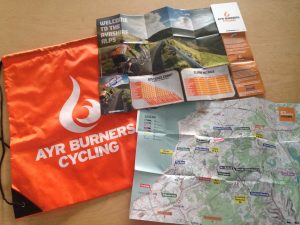 The Ayrshire Alps Sportive is aimed at promoting Ayrshire as a cycling destination, and has grown steadily since 90riders took on the first edition in 2015.   Having sold out in 2016 all spaces in the 2017 event went so fast that a second wave was released, selling out in 48hours.   With a long waiting list to get in,  organisers believe the event could easily exceed 500 participants with the right infrastructure.  Alongside many local riders taking on the challenge, participants are travelling from all across Britain and even as far as the Czech Republic. 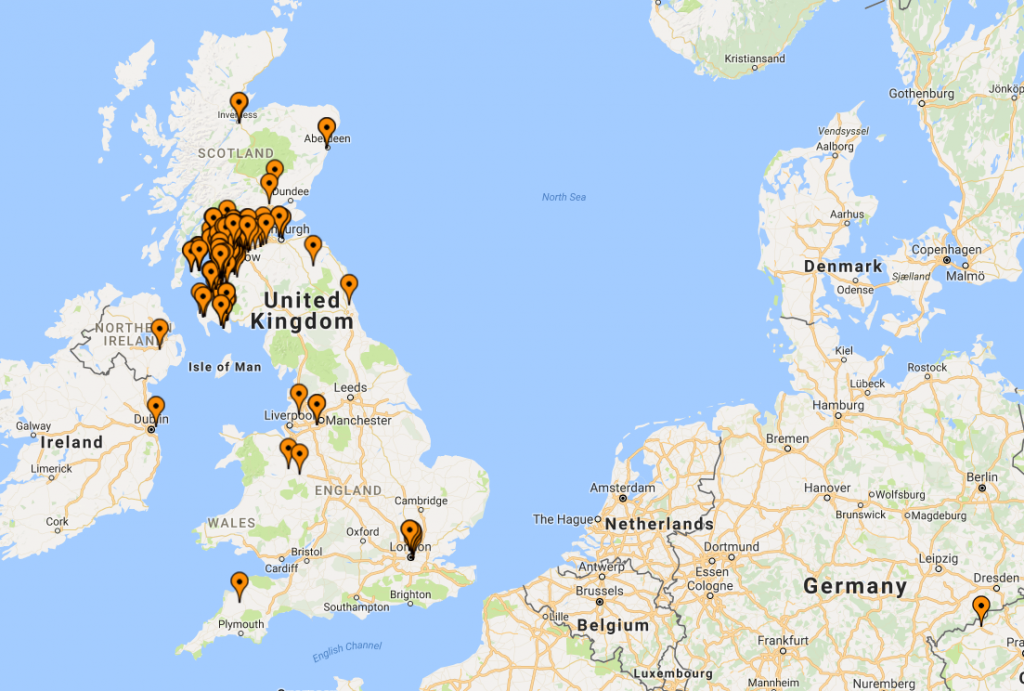 Riders from all across Britain (and beyond) are set to participate

Thanks to the support of local business Ayrshire Garden Studios, Riders in the 2017 event will be rewarded with a fuelling stop at the halfway point by the David Bell Memorial, before a fantastic post-ride spread supported by the Kirkmichael General Store.   The Barr Community Shop will also be open for business (and hot rolls) throughout the morning, ready to welcome riders. 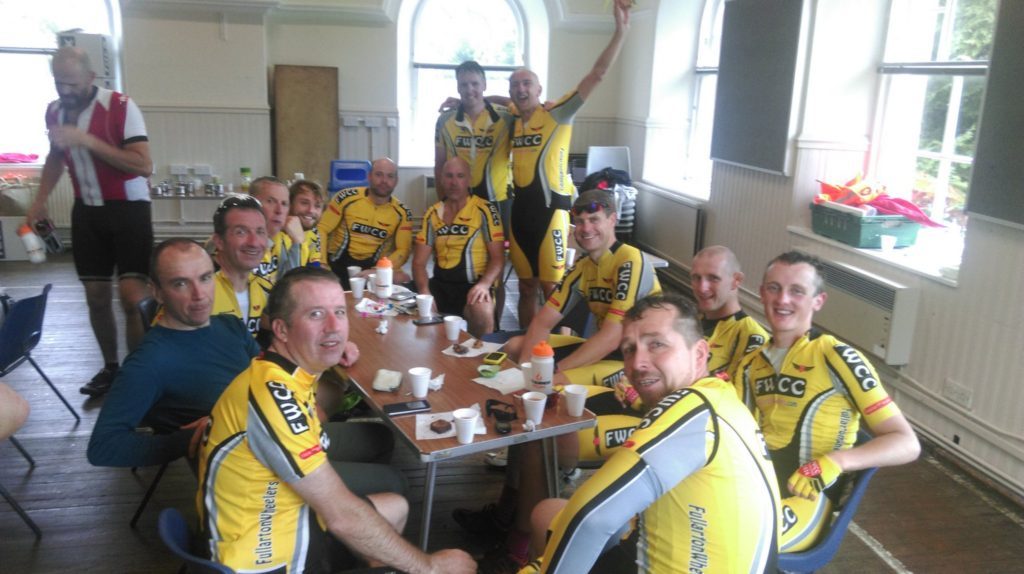 Volunteers from Ayr Burners Cycling will be busy across the weekend, supported by team leader Gavin McKellar who added:

“I’m really looking forward to being part of the event.  Between Ayr Burners’ annual Doonbank Trofee Cyclocross, public family sessions and the Ayrshire Alps Sportive we host more than 1,000 people a year.  All the team are excited to welcome people from all over Britain to the Carrick area for a great day of cycling”.

For the unlucky riders who did not secure a space in 2017 there is still the chance to ride the route and climbs all year round, details of which can be found at www.ayrshirealps.bike 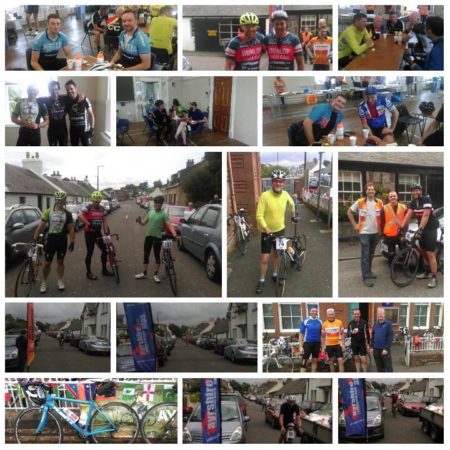