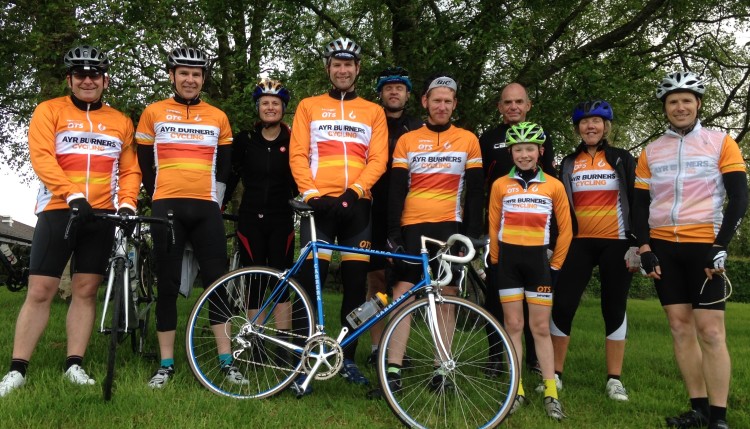 Despite the ominous conditions throughout the day we got away with it and enjoyed another great summer series event.

11 Burners met at Auchincruive for the ‘Annbank and Stair Fayre‘ Strava Ride – a 35km rolling social ride around the backroads of Annbank and Stair, but with the option to challenge over 5 strava segments.

An early look at the five selected segments showed that James Edwards (Ayrshire Alps Challenge leader) held most the KOMs, but with local strava superstars Scott Knox and Peter Ferrier in tow it was likely to be hard up the front.  However, with just 4.5km of our ride designated ‘fast’ we enjoyed a rare night of super tail wind, and shelter from headwinds at a pleasant social pace. 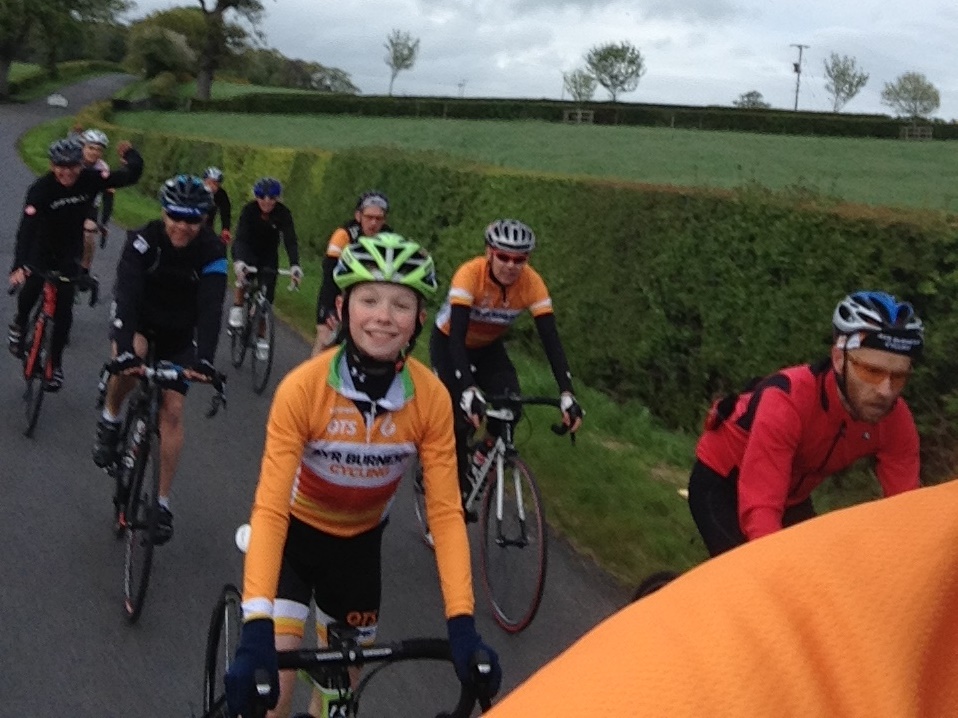 Looping back to Annbank for the second time the banter was good, the pace was comfy and who was leading was anyone’s guess.  And until we all got home, ate our dinner, had a shower and remembered to upload our rides it was still a guess.  Until now: 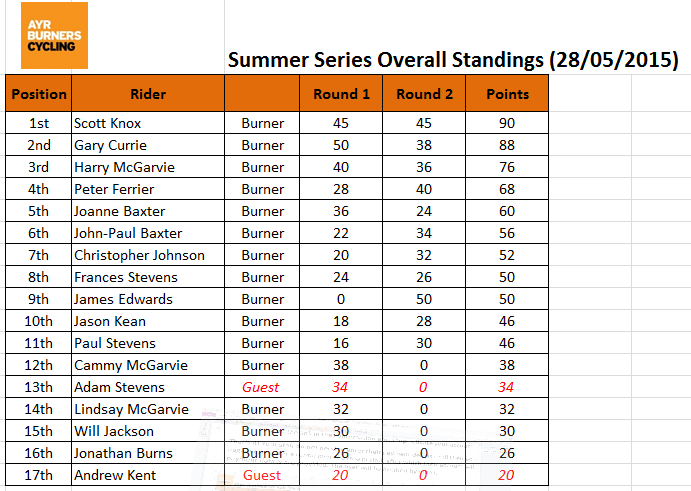 A bonus prize was due to be awarded for any notable incident.  But there were none reported so it went unclaimed.

And best of all, tonight we raised another £20 for the MS Society – taking our fundraising total to £48 with six nights remaining.

The next series event is the Rozelle Summer Cross on June 11th.  See you there!