Fife played host to the 6th and penultimate round of the 2016 Scottish Cyclocross Series last weekend at Lochore Meadows near Lochgelly. Three members from Ayr Burners Cycling QTS made the journey to the picturesque lochside event which was also tincorporated the Scottish National Cyclocross Championships. The venue has been notorious in the past for being an overly muddy affair, but after an unusually dry November the riders were treated to a good rolling course with little in the way of mud or gloop.

thanks to Pammie B for the image of JohnPaul at Lochore

Jo Baxter was the first Burner off the line in the ladies race and came home unscathed in a respectable 23rd position. Next up was Gary Currie who started in the ever busy over 40s event along with another 130 riders. A good solid race ended in a mid pack position of 73rd for Gary. Last up for Ayr Burners was JP Baxter in the Open Race, where man of the moment Harry Johnston of Leslie Bikes took the gold medal in his usual commanding fashion, with Davie Lines and Gary MacDonald taking silver and bronze respectively. JP finished in a well earned 20th position with Round 7 to come at Glengorm Castle on the Isle of Mull this weekend. 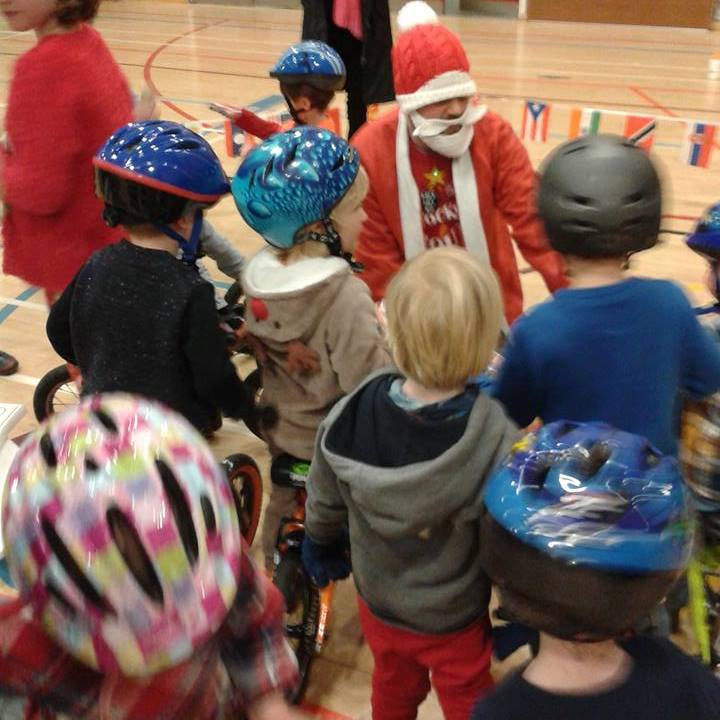 Young Sparks on their balance bikes were in for a treat when one of Santa’s helpers dropped into Ayr Citadel for their indoor session on Sunday complete with a sack of gifts.  A group of 16 under 5s on their balance and pedal bikes, enjoyed an afternoon of games in the big hall including take-offs and landing, walk the plank and fire stations.  A Christmas singalong also had sparks ringing their bells loudly to a special version of jingle bells.  This was the last family activity of 2016, but young Burners can look forward to their own special course as part of the Doonbank Trofee Cyclocross events at Rozelle on 22nd January.