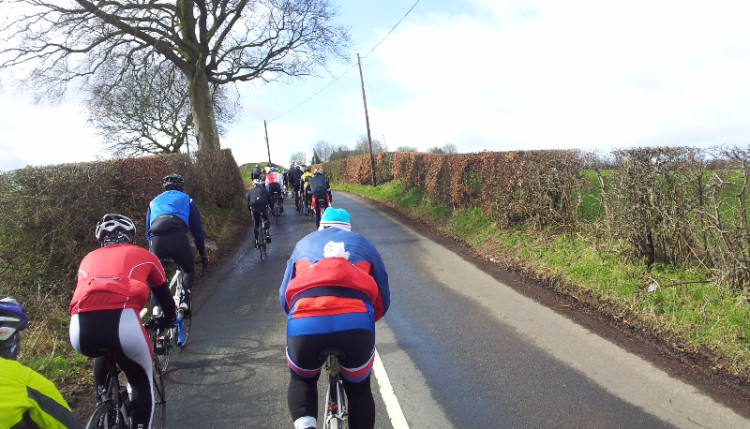 Weekly Round Up – Ride Report and Challenge Update

Another big week at Burners HQ – let’s kick off with the Harry’s blog from our Ronde van Ayrlaanderen ride….

Guests and Glory at the Burner’s Tribute to Flanders

It’s Saturday 11th of April, and that means that it’s time for the fourth ‘Ronde van Ayrlaanderan’, or ‘Hell of the West’ – in celebration of the famous cobbled spring classics.

This year’s iconic route is roughly 27 miles long, with a good 1500 feet of climbing, spread out over seven of Ayrshire’s toughest climbs, on this occasion named ‘bergs’, as each climb climb is called in the original Tour of Flanders race. Sadly though, our route included more potholes than pave. The format was a social ride at a brisk pace, with eight timed Strava segment segments thrown in for us all to fight it out on.

On the morning of the event, the weather was acting somewhat strange, ranging from torrential rain and hailstones to sunny spells. Despite this, though, 26 riders took to the start line in Monkton. This star studded group included Burners, and a guests from Fullarton Wheelers, and the Ayrodynamic club. Chris Johnson even brought along the official commisaire for the day, his Scottish Belgian toddler Robin, who was in a baby seat.

Our judge Robin is in position at Rumblingburnberg #rva pic.twitter.com/BcrH6UHr3B

We all rolled out of Monkton in high spirits, excited for the day’s challenges to come, warming up as we spun our way down the Troon cyclepath. After having ridden just 7 kilometres, the first climb was in sight, in the form of the Corraithberg, the gradual climb out of Loans.This nasty little leg burner got our heart rates up sharply. After descending down the other side of Corraith, most had only just got there heart rates back to an ‘appropriate’ level, when suddenly what looked like a brick wall appeared above us. We were told by ride leader Lindsay that this was in fact the next berg, Rumblingburnberg. We all sprinted up and up, into Symington, where the bunch regrouped. Six more km went by by the time that we reached our next challenge, the 0.7 mile long climb named Oude Stafflarmont.

The toughest thing about this climb is not how physically tough it is, but how mentally strenuous it can be, due  to a large false flat tight in the middle, lulling you into  a false sense of security. Stafflarrmont, though, proved to be only a warm up for the beast to come, Barnweilberg. This little hill is unbeliavebely tough, making even the fastest riders burst a lung as the gradient becomes gravity defying. Chris and Robin were cheering us on at the top.

After Barnweil, there was just three climbs to go. First was Barmuirberg, a tough climb which features multiple steep ramps. This climb took most around a minute and a half to complete, leading us onto our penultimate challenge of the day, Scootsberg. This hill is a very gradual one, leading us out of Tarbolton over a very nice road. The problem was the howling headwind, which proved quite a challenge. At the top, pictures were taken, gels gulped, and Michael’s puncture mended, before the gentle descent down to our final hilly test of the day. 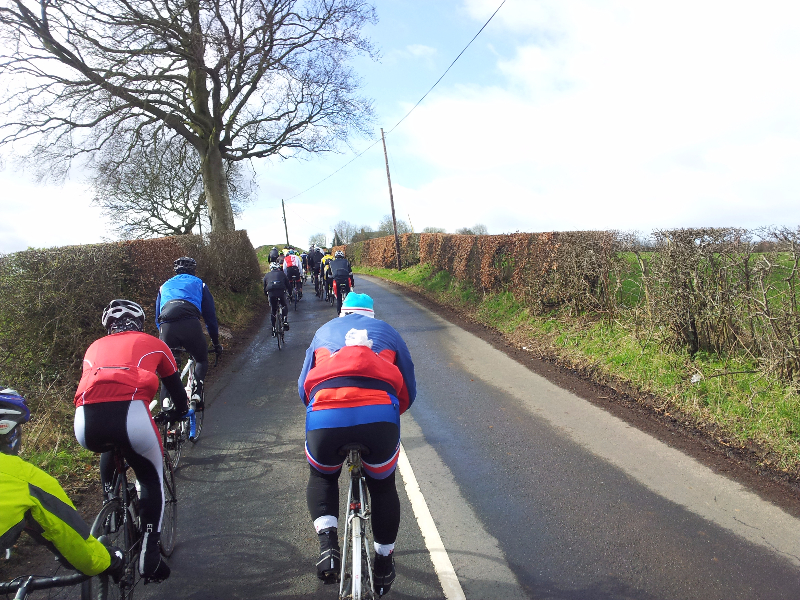 Wardneuk Muur is an incredibely tough climb to finish off on, proving a real challenge for our tired legs. The group sprinted up full force however, sensing this as a good opportunity to gain some precious seconds in the Strava battle. Of course, everyone wanted to do well in the final, somewhat hectic bunch sprint along Monktonbeeke, which took us back home into Monkton Cross. With the Strava times collated, Burner Scotty ‘van der’ Knox was crowned champ with fellow Burner Rod Henderson runner up and Fullarton Wheeler Sean Barron in third.

A special mention goes to Jo Baxter as first woman with Frances Stevens in second. I was pleased as the only youth to have kept up with the big dawgs on some tough climbs. As is cycling custom, no good ride can be finished off without the obligatory coffee stop, where in this occasion we stopped in the ever welcoming Polly’s tea room, where some opted for ‘normal’ coffees’, and others chose the more ‘exciting’ blend, some as the home made Cinnamon crunch latte. Yum… Next up for the Ayr Burners is the popular cyclocross skills session at Rozelle Park on 18 April from 10am to 11.45am. Cyclocross or mountain bikes are perfect. Under 13s should be accompanied by an adult. As always, full details can be found here at ayrburners.org

After two weeks of our challenge to cover 10% of the distance Tommy Godwin rode in 1939 we have two riders on target, and lots more very close.  Points will be awarded to everyone who can break through the 5%, 10% and even 15% barriers. Despite having lots of keen and regular cyclists, the struggle to meet just 10% of Tommy Godwin’s schedule for his year-long world record really shows what a feat this was! JohnPaul Baxter enjoyed a big Easter weekend with a 100miler, while Alex Hamilton has been on a monster mission with Sportives and Fred Whitton preparation rides!

However, it is Alec Macfarlane who is out in the lead – quietly putting in big miles across Edinburgh and the Lothians. Just one week left, can you do it? 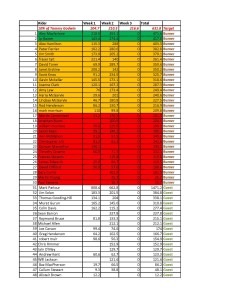 Click the image on the left to view the full spreadsheet to date.

(Green is 10% schedule, Orange is 5%, Red is an urgent warning to RIDE YOUR BIKE MORE!)

As always, keep an eye on our events calendar as it is growing all the time.  Thanks to Martin Young for proposing three fantastic adventure rides across the summer months.  Coming up we also have an off-road route proposed by Coylton CC around the hill tracks of Barr, and a new Tour de France inspired Strava ride series in July.

But of course,  what we are all looking forward to most is our Balance Bike session at Belleisle in May…