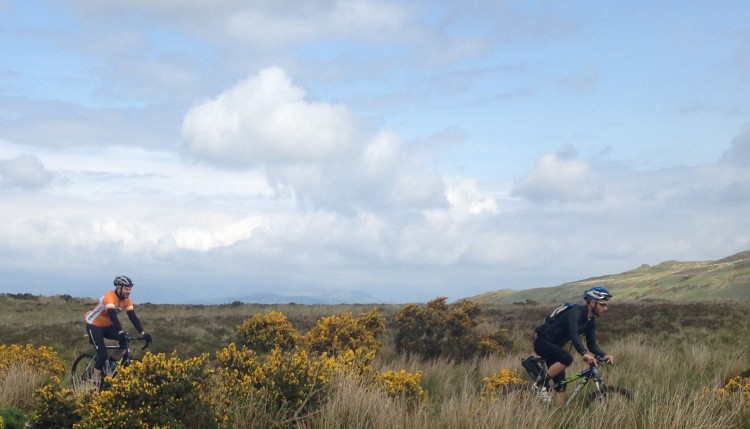 With the sun threatening to break through thick cloud JP, Chris and Martin met in Largs for the Water Roads adventure cross ride. Before the offroad fun could begin though, there was the small matter of a 6 mile climb up the stunning Brisbane Glen. 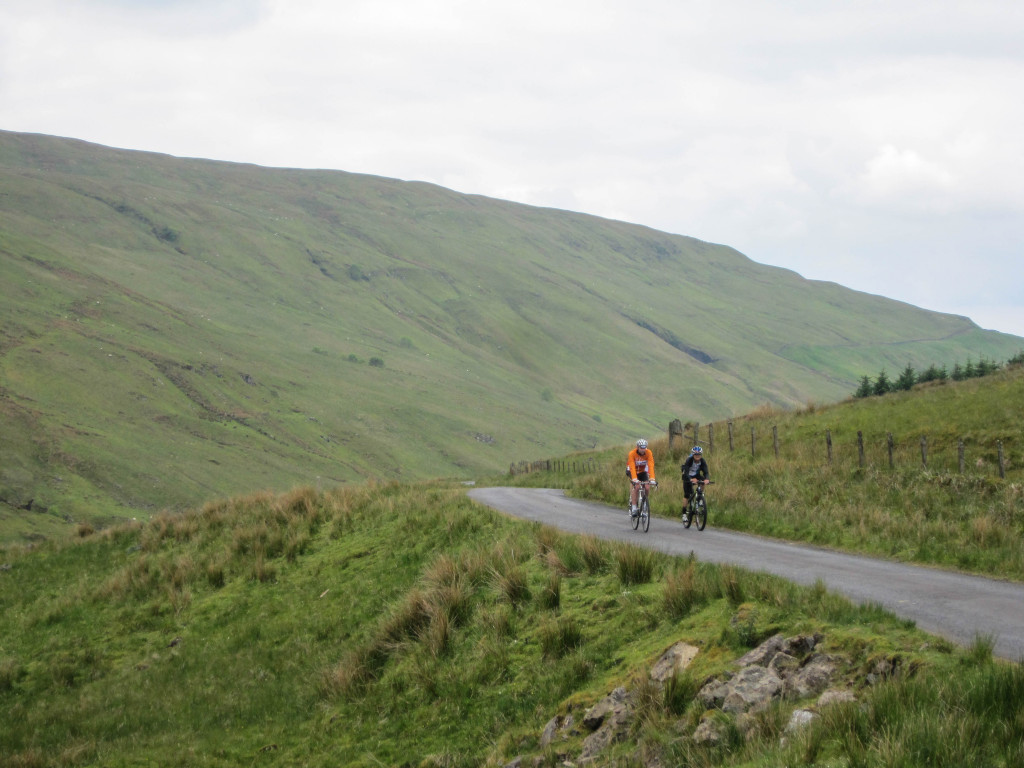 Chris and JP at the top of Brisbane Glen

Just before we got to the top someone in the group realised they’d forgotten to press go on Strava (cough cough) but it’s a cracking climb on a quiet, scenic road. Could almost be in the Ayrshire Alps! 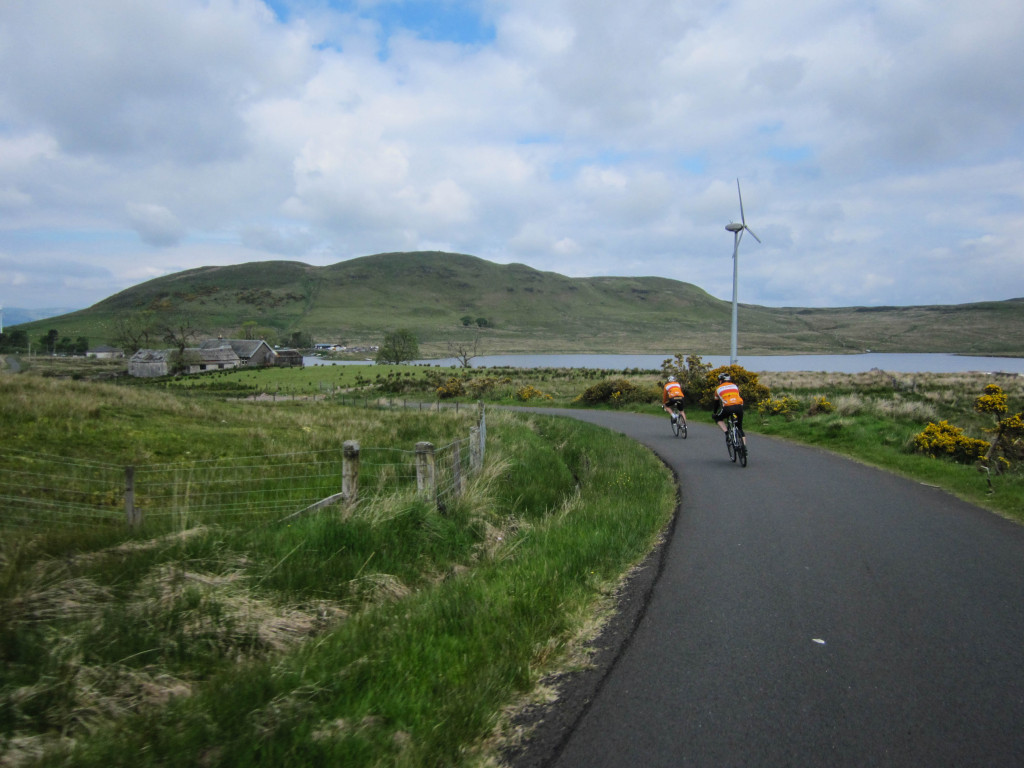 Our first offroad section was the Kelly Cut, a canal system engineered in the 1840s to supply water to the mills of Greenock. The path was a mixture of dusty and grassy, with a few fords thrown in to make sure you’re paying attention. 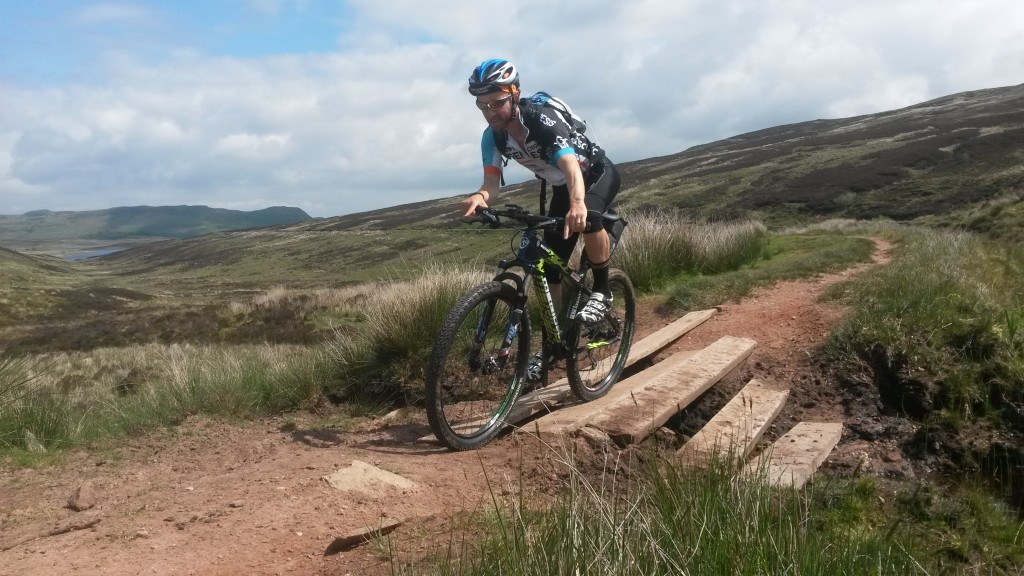 JP on the Kelly Cut

After five kilometers of lovely flat singletrack we headed downhill on the maintenance track for the Kelly Reservoir towards Wemyss Bay. The loose gravelly surface kept my mind occupied but it was great to have to experienced and skilled offroad riders to follow.

Next up we turned through Kelly Mains caravan park and followed the ancient tree-lined track between Kelly Mains and Finnoch Bog farms. The gravel was much rougher on the second half of the track where three new wind turbines have been made, but we made quick progress in bright sunshine.

Joining the road for a few hundred metres (gasp!) through Inverkip we started onto the biggest offroad climb of the day through Leapmoor Forest. I sent us the wrong way at the very first turn, giving the guys a bonus 15% climb which seemed to really make Chris’ day! Back on the main track we gained height fairly quickly and had spectacular views across the Clyde to Cowal and Bute. The descent out of the forest was fast and flowing, but I held back a bit on the rocky sections after some hairy moments of bouncing around all over the place!

Much to everyone’s enjoyment we had a long climb on the road back up to Cornalees Bridge, our second time there but this time for the all important coffee stop. The Ardgowan Fisheries cafe did a fine job of fuelling us up for the final offroad section round the Greenock Cut. 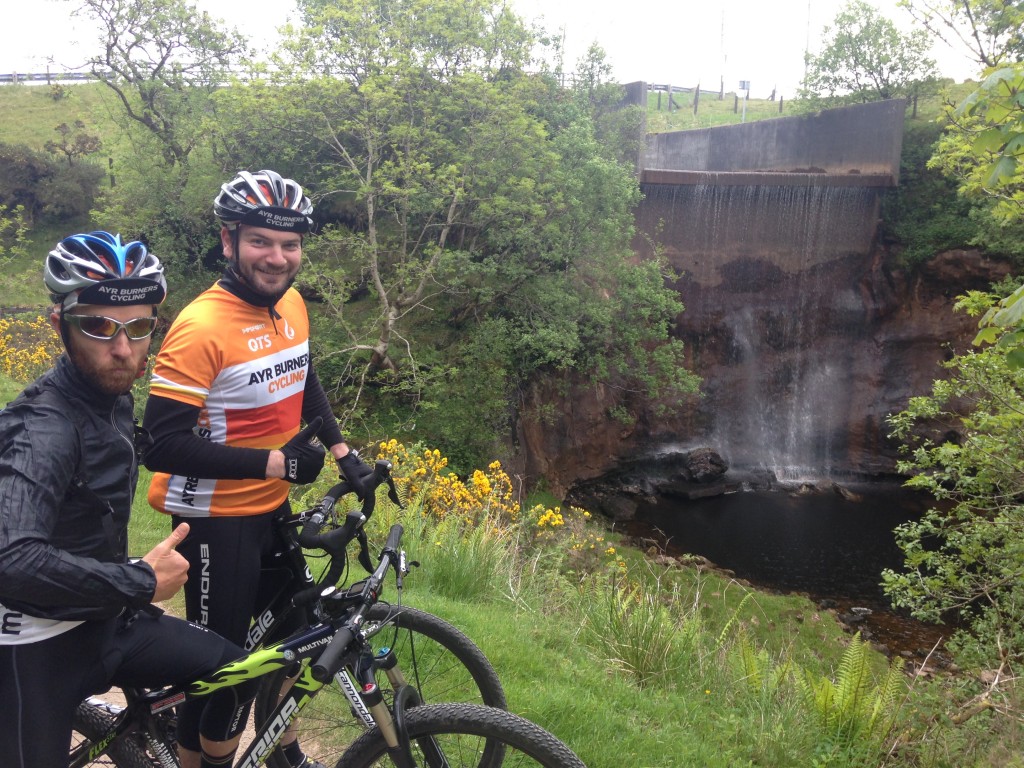 Built back in the 1820s, along with the Loch Thom and Compensation reservoirs to feed growing industry in Greenock, the Cut follows a contour around the hills with amazing views first over Bute then down Spango Valley and beyond to the Luss Hills.

The path is in terrific condition and once we’d figured out how the gates worked we made god progress when we weren’t stopping for photos. The last offroad section of the day was the service road for a whole host of reservoirs in this corner of Clyde Muirshiel Regional Park. The steep initial gradient caught me out because I was still in a big gear from the flat Cut path, so I bounced my way up the track slowly and got a wee cheer from Chris and JP at the top. The descent back to Cornalees Bridge was fast and furious, with some great dust clouds kicking up behind us. 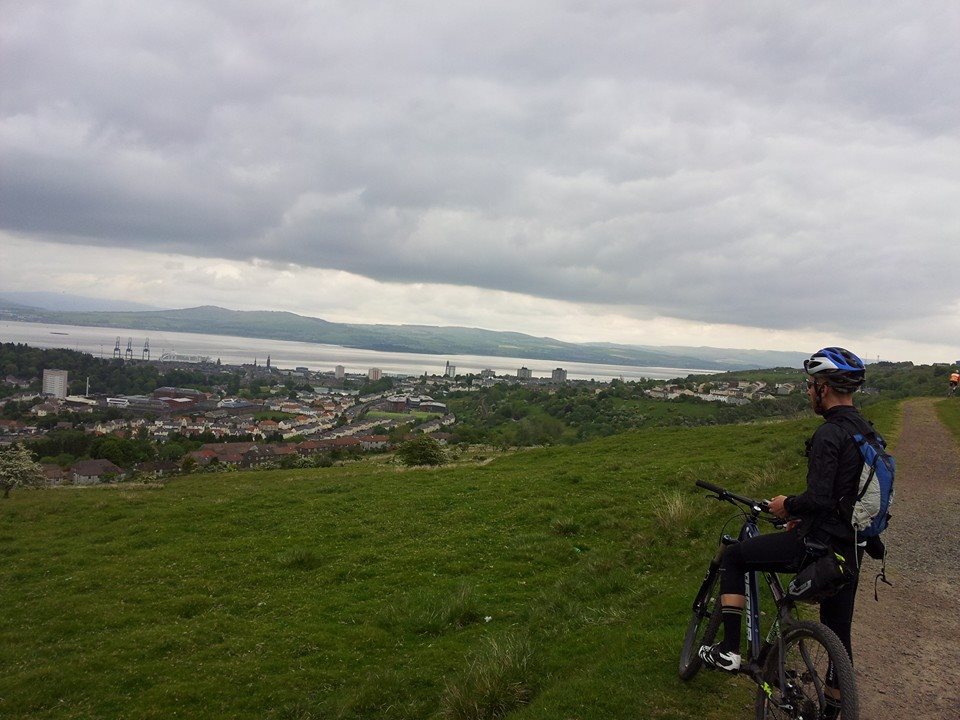 Our last climb of the day was the two miles to the top of Brisbane Glen, followed by six joyous miles of smooth tarmac back to Largs, with amazing views over the Arran mountains.

My legs are absolutely ruined for the second week in a row but I think today was genuinely the most fun I’ve had on a bike. Great trails, great views and great company. A proper Burners’ adventure!