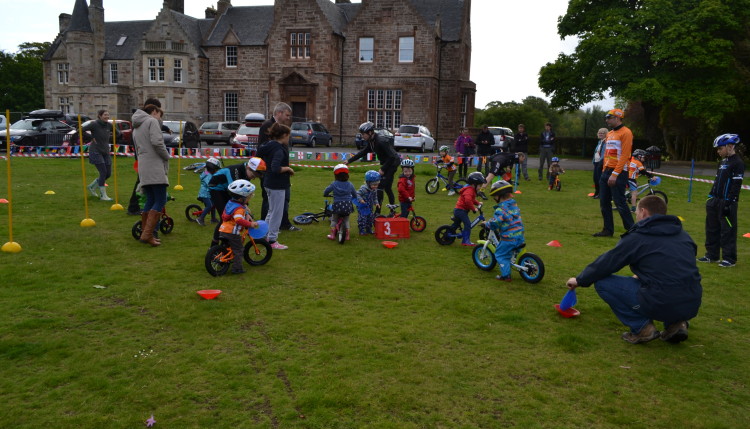 As we come to the end of another big week of action for the Burners lets turn to twitter to catch up:

Burners complete the Prestwick Cycle Challenge
The Prestwick Cycle Challenge (PCC) started on Wednesday, taking riders from Fort William to Inverness via the most amazing scenery Scotland has to offer. Representing the Burners were JohnPaul, Joanne, Jason, Duncan and Dave.
An annual ride, the PCC is a sponsored cycle ride run by various staff and friends of Prestwick Airport based BAE Systems. Since the first ride in 2007 it has raised over £300k! The weather during the 2015 outing has not been kind, but the views have more than compensated for it.

We Twinned with Belgium based Ped’Hallet

Reading about @AyrBurners' first 'twin club' in Belgium. Think "recovery of calories" is the best phrase for drinking beer I've ever heard!

To find out more see our news story

Ayrshire Road Cycle Meet Up (ARCM) go coast to coast
Wearing his ARCM hat, Alex Hamilton ignored all the weather warnings to lead a merry troupe cross country from Ayr to Musselburgh. All disappointment at the weather was quickly forgotten when a raging tail had Alex clinging to his brakes as he reached the North Sea!

We conquered the Lagafater Trail
Like the ARCM, we met some ghastly weather for the scheduled ride of the Lagafater Trail. Never mind, it merely added to the sense of epic as we followed in the footsteps of the Highwayman, David E.T. Bell. In the end it was only Chris and Martin who ventured out, but all agree we MUST go back!

So smooth it almost wasn't offroad

The Sun shines on our Balance Bike Sparks
Finally the sun came out – hooray! We welcomed 12 sparks (6yrs and under) to our second Balance Bike session at Belleisle. Despite the proximity of the best play park in Ayrshire we had enough fun of our own to keep cycling. The adult choir might have been out-of-tune, but as our park transformed into a fire station, a sea full of fish, and the island of Sodor we enjoyed every minute. And before we got too tired there was cake! We can learn much from our youngest members 🙂

Wow! What fun we had on our Balance Bikes this morning @officialQTS @CyclingSWScot Well done to our 'sparks' pic.twitter.com/rHTfBEGobi

Coming up: Summer Series Rozelle Cyclo Cross
This Thursday sees the third round of our popular summer series. We meet at 7pm at Rozelle for a handicapped cyclocross event. Family friendly, traffic free, and handicapped in favour of youth, this is a great way to earn some points. Find out more here