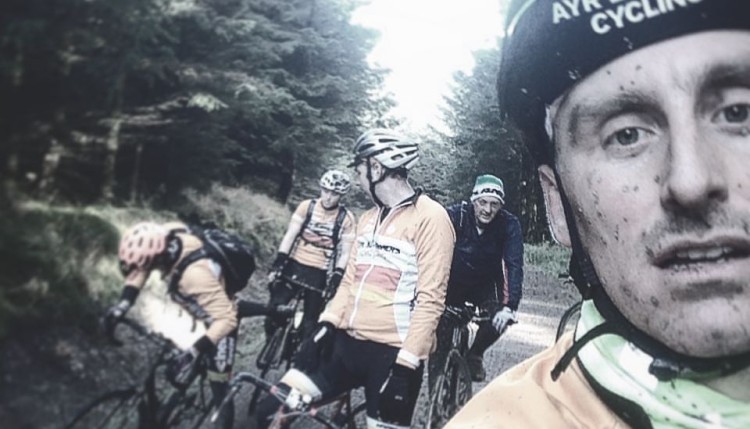 Chris Scott has been a regular on our recent Adventure Cross rides.  As a ‘Youth Champion’ with the Burners, we gave him some added homework to report on our ‘Iron.Co Ride’.  Pictures tell 1000 words he said…  As a bonus he has given us addition report from the Ayrshire Alps!

Ride Report – Sunday 1st of November
After arriving via our different methods of transport our ride began from the top of one of the Ayrshire Alps – Glengennet . The weather looked optimistic and the morale of the mighty group of 7 Ayr Burners was at a high. Then once the group had posed for a photo we set off navigating our way through Hadyard Wind Farm; the terrain from the offset was mainly shingle and with the tremendous sound radiating from the turbines themselves, it was surely going to be a ride to remember. 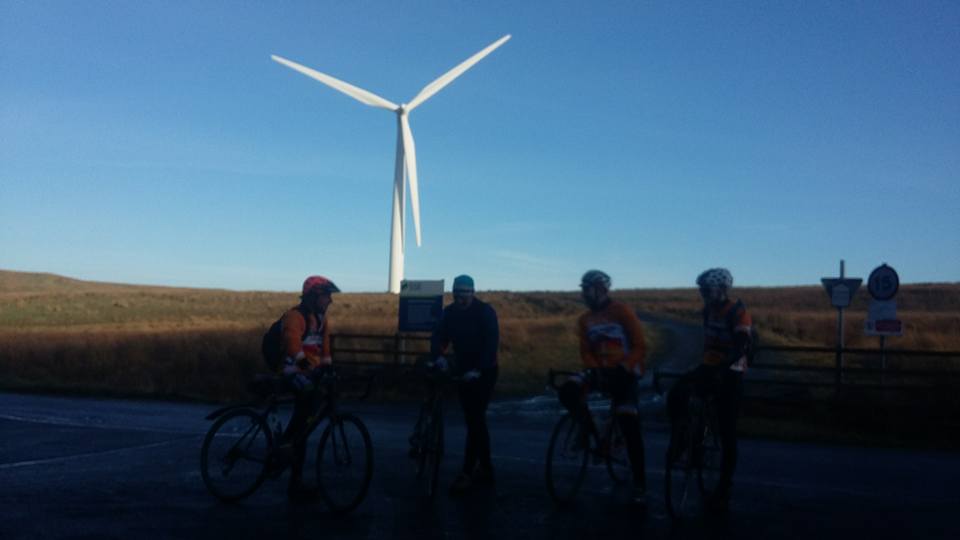 We came to our first decent straight after the Wind farm it was a descent down through a quarry, I was relieved to see that wasn’t very muddy and that it was rideable. The shingly and rocky surface presents some challenges when negotiating it however every member of the group managed the bumpy ride provided by the Ayrshire landscape. 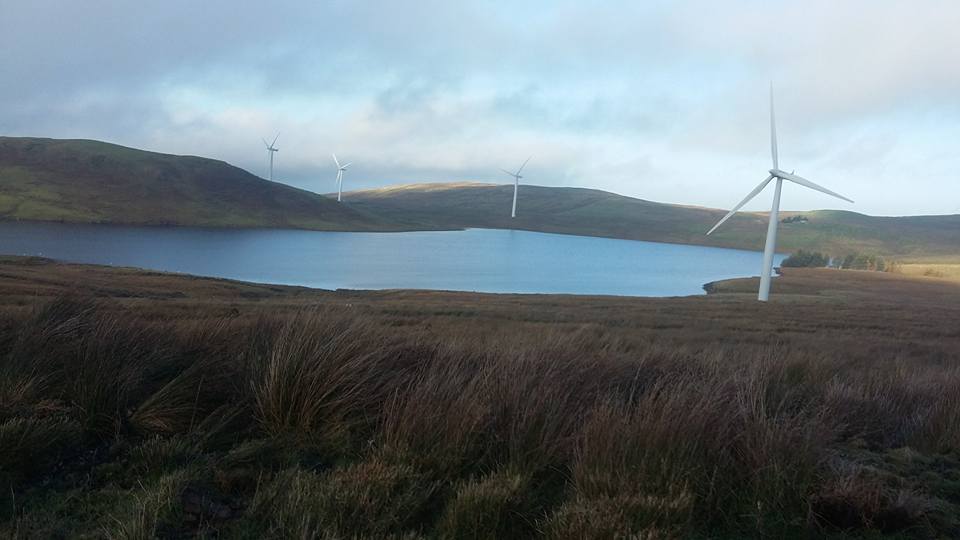 Soon we emerged on to a moor, it was covered in mist and fog which deposited an eerie and somewhat spooky atmosphere throughout the group. Our tour guide Gavin McKellar quickly took our mind of things by informing us of the lovely view of Ailsa Craig we would have been getting if it were a clear and sunny day. Then we hit the second of the quarries that we would cycle through that day and we discovered that the first had lulled us into a false sense of security as it was a delight compared to the amount of clay and muck and mud that had filled up the brake pads and covered the frame of all the brave Burners that had headed out.

The fog and low cloud coverage had disorientated me, however when we were brought out on to the climb of the Nic’ O the Balloch I of course instantly knew where I was, as that is an unforgettable stretch of road (equally for good and tough reasons). Once we had caught our breath at the top we then had the pleasure of enjoying the descent of the Nic. Just before the bottom of the Nic we turned left onto a Farm road which was dappled with large stones and rocks this slowed the pace of the group and we eventually reached Barr and we stopped for a drink and a slice of caramel shortbread. 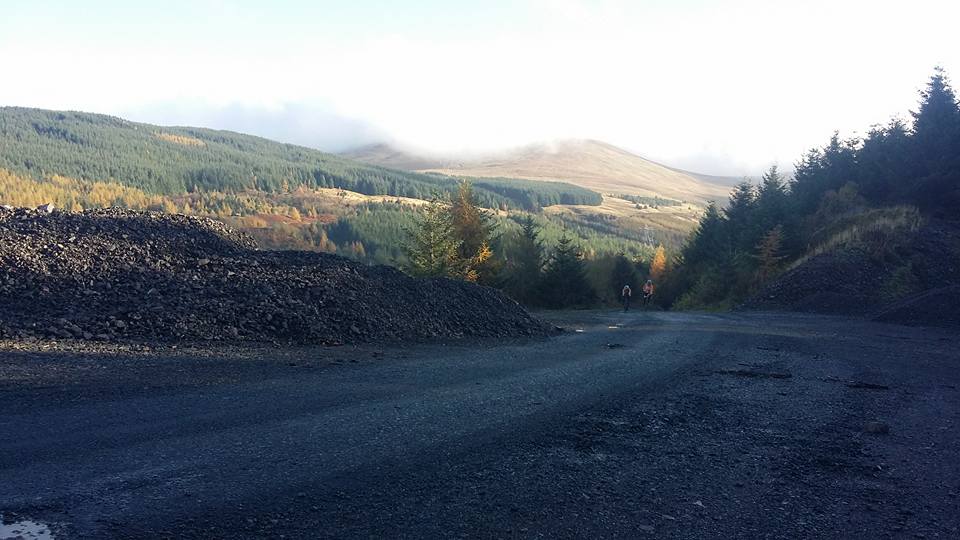 This refuelling stop gave the group enough energy to finish the rest of the ride which was the ascent of the last climb of the day which was Hadyard this was a great culmination of the ride as the sun was out and the change in the weather pushed us forward to where we had parked the cars at the top.