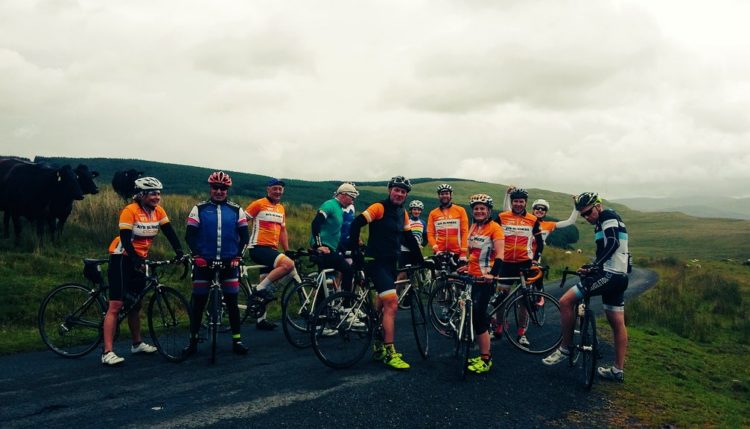 The members of Ayr Burners Cycling QTS headed to the hills at home and abroad last weekend in two big events.

The groups Strava Series continued on Sunday with the Ayrshire Alps challenge – A social Sunday morning jaunt but with three timed sections thrown in to spice up the proceedings. Hadyards Hill, Glenalla, and Largs Hill were the pin pointed battle zones where the riders could open up the throttles and go for glory.

A tight battle of the climbers took shape between Adamski Stevens and JP Baxter, but it was the Edinburgh based Stevens who came out tops with Scott Knox close behind in 3rd place. Baxter sits atop overall in the Strava Series with Rod Henderson one point behind in second place. 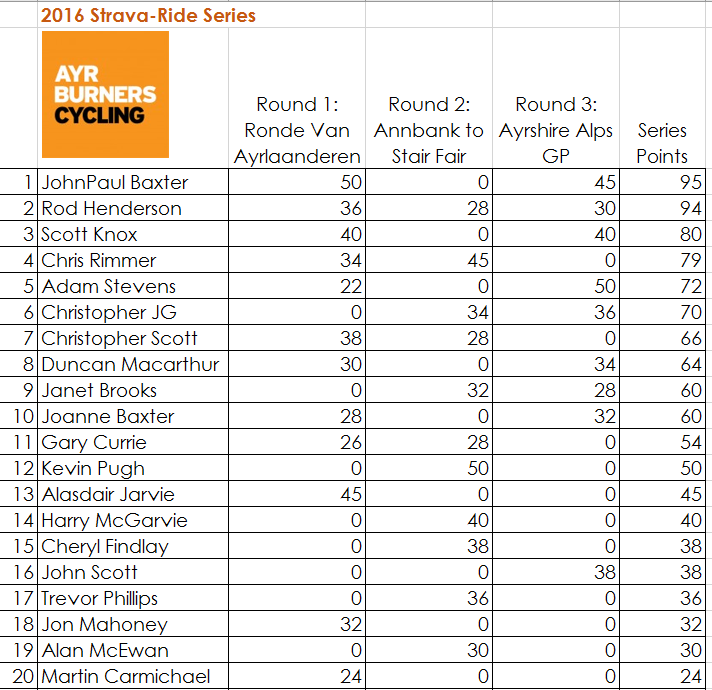 A somewhat bigger challenge stood in front of Burner Martin Carmichael as he took to the start line of the legendary Marmotte Cyclosportive in France. The route tackles the famous climbs that are used on a regular basis in the Tour de France. The list of icons makes for eye watering reading – The Glandon, Telegraphe, Galibier, and Alp D’Huez. Martin completed the task after 110 miles, 10 hours, and over 15,000 feet of ascent.
This week the Burners launch their 8 week challenge, encouraging riders to see how far they can cycle in a single day, and how high they can climb in a week.