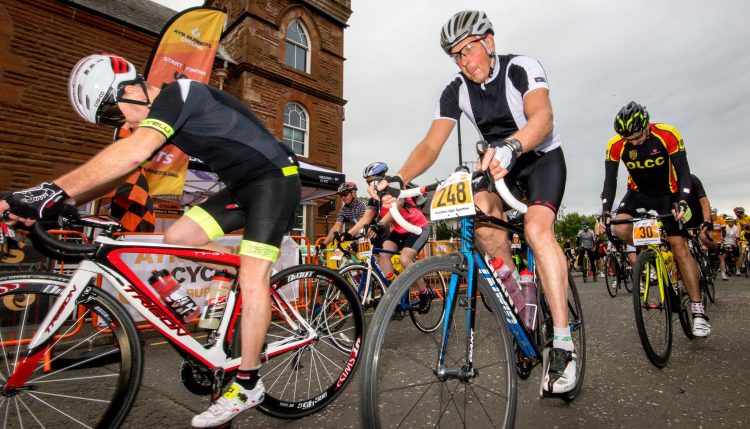 The village of Kirkmichael turned into an alpine tour resort over the weekend as Ayr Burners Cycling QTS hosted the Ayrshire Alps Sportive. The third edition of the sold-out event had attracted over 320 participants, ready to take on the challenge of a 100km route over six of the toughest climbs in the ‘Ayrshire Alps’.

A huge effort by a thirty-strong volunteer team saw the quiet village transformed into a sea of colour to welcome the riders, while a long shift by the signage crew ensured that every climb on the route resembled an alpine Col with summit markers, flags and banners.

The first riders set off from the McCosh Hall at Kirkmichael at 0930, waved away by outgoing organiser Christopher Johnson.   With a record number of entries, riders were set off in groups of 30, with a full rainbow of jerseys taking to the hills.   Among the riders were a very important couple, as newlyweds Will Beresford and Lucinda Kerr set off for the 60km ride just hours after tying the knot!

Along with riders from all four corners of the UK, there was a very strong local contingent with representatives from 11 Ayrshire Clubs on the start line.  Local superclub Fullarton Wheelers dominated, with strong line ups from Ayr Roads CC and VC Vitesse. 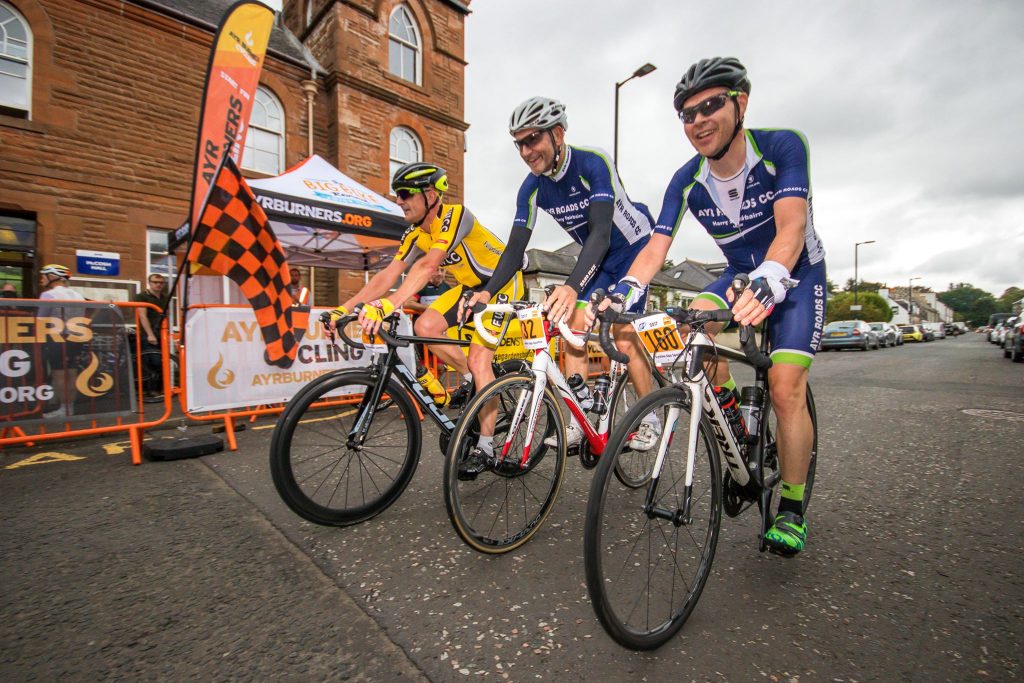 Ayr Roads’ Scott Knox (foreground) recently completed all 16 climbs of the Ayrshire Alps in one day!

After a gentle 10mile introduction through the villages of Crosshill and Dailly, the riders faced the summit of Blackies’ Brae, cheered on by youth marshals Rory McEwan and Ryan Ferrier.  After the sweeping descent of the Screws, many riders opted for the fabulous hospitality of the Barr Village Shop, serving hot rolls and coffee throughout the event. 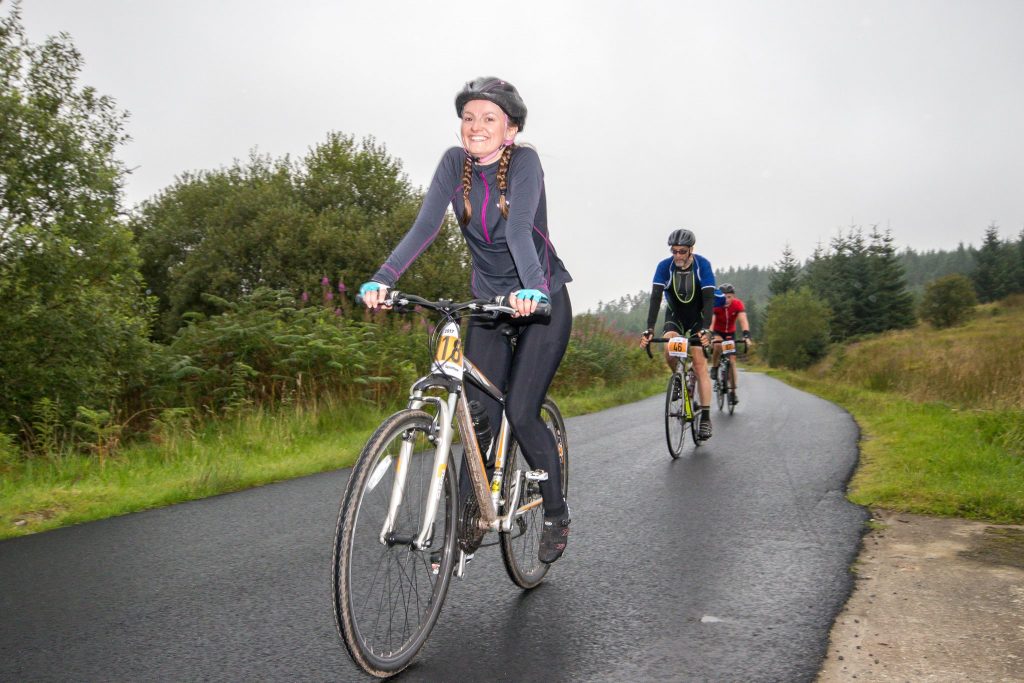 There was disappointment for Glasgow rider Andrew Donaldson who came off the worse for wear in a two rider fall on the descent off Glenalla.  Ayr Burners’ marshals were quickly on the scene and escorted Alan to the local Ayr Hospital for a checkover, while the rest of the riders safely negotiated the challenging descent. 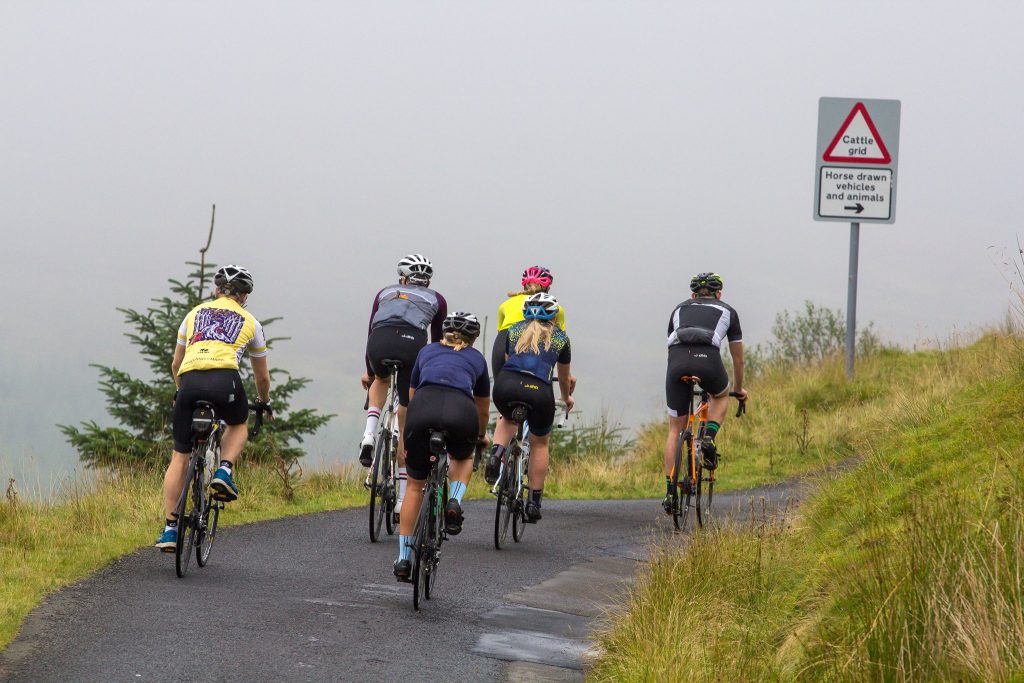 After the climb of Glenalla at the 40km mark, riders reached the ‘queen stage’ of the Sportive, with the testing summit of Nic O Balloch.  With some words of encouragement from former elite rider turned photographer Kenny Girvan, the riders were soon in the comfort of the David Bell Memorial and the official feed zone.  Thanks to the support of Ayrshire Garden Studios, super-chefs JP Baxter and Gary Currie dished out over 200 bananas, 400 gels and 300 litres of water to keep riders fuelled for the second act. 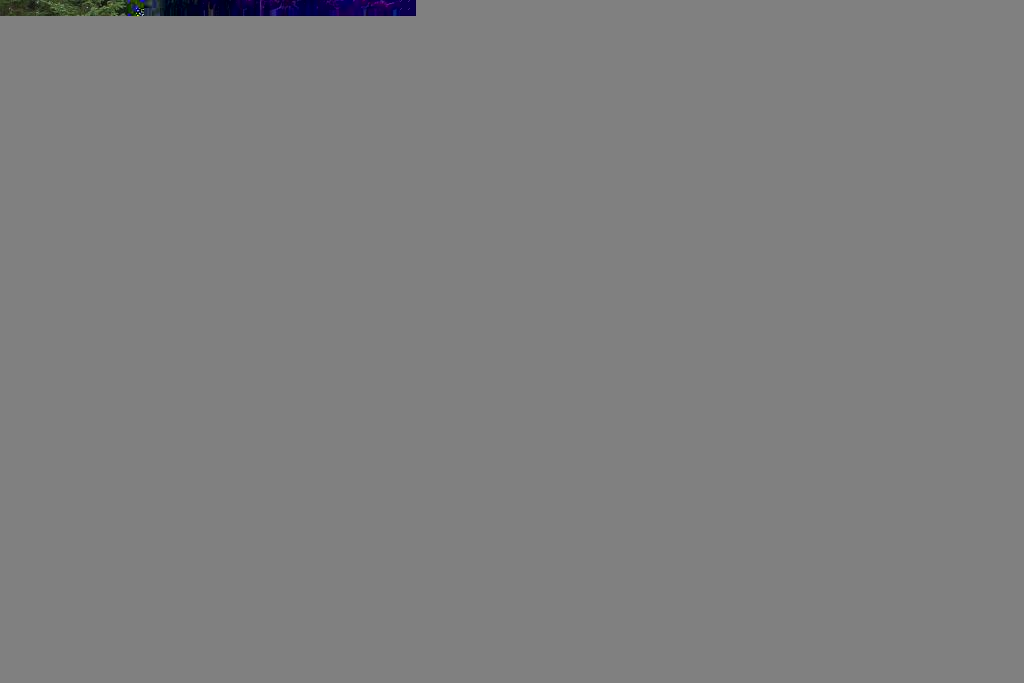 The Ayrshire Garden Studios rest stop was busy throughout the ride

A low hanging mist shrouded the riders as they climbed to Tairlaw Summit, the high point of the ride, providing a unique and remote atmosphere.   Having crested the exposed moor, riders enjoyed a clear 10km of fine descent on the run into Straiton.

Visiting 62yr old Alan Bryceland of Newcastle was determined to complete his personal crusade, bravely opting for the troubling climb of Largs on the 100km route over the 60km shortcut.  He was soon joined by French national and audax rider Valentin Jeanjean to complete the remaining distance via Waterside and the whistle of the Dunaskin steam train.

First to return to Kirkmichael was Jemma McNeill, who got around the 60km route in just 2hrs 11 minutes.   Jemma’s reward was first dibs on the incredible post-ride spread laid on by members of the Burners and the Kirkmichael General Store. 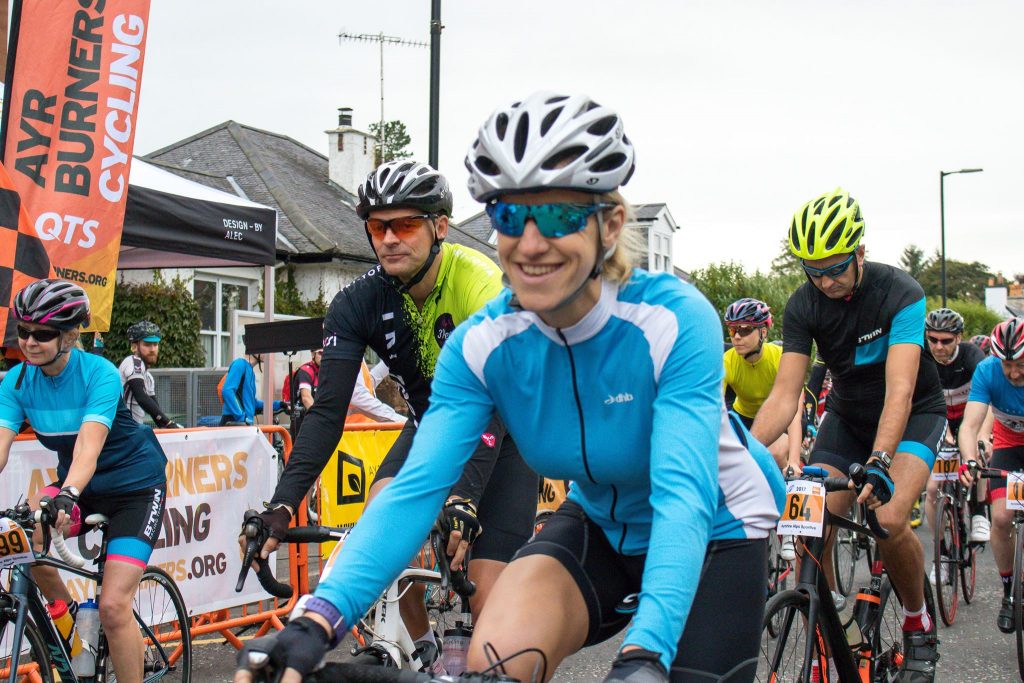 Over the next four hours riders crossed the finish line to greet family members and friends, exchange stories of the day and plan future trips to the area.   Riders voiced appreciation of the event, and also of the incredible cycling country of the Ayrshire Alps.   The Burners issued riders a copy of a brand-new cycling map of the area to encourage future visits.

Last to return home was volunteer team-leader Gavin McKellar, completing duties as ‘broom’ driver, sweeping up any riders that got into difficulty.   On the strength of his contribution and leadership, Gavin has been appointed as the 2018 sportive organiser, ably supported by members of Ayr Burners.

Ayr Burners’ Chair Christopher Johnson praised the volunteers of Ayr Burners who collectively contributed more than 200hrs of effort over the weekend to promote the sold out sportive.   Alongside members of the development group, he acknowledged the amazing support of the communities across Carrick Ayrshire for making hundreds of visitors very welcome on their bikes.

Finish times, as recorded and reported by many riders, can be found online