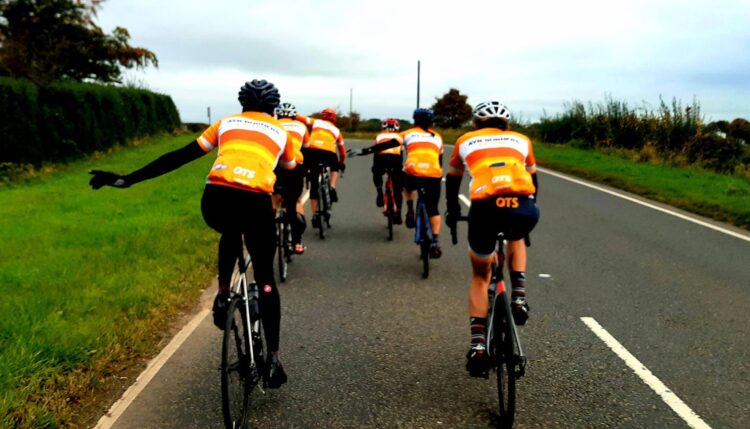 The fabled cobble will have a new name for 2020 !!! The winners of the 9th Ronde van Ayrlaanderen are … Alex Paterson and Sharon McNicol.

Having been delayed from its usual spring slot, the 9th Ronde was a slightly strange affair, run under cool autumnal conditions, with two groups out on the road rather than one.

A protest from lazy hedgecutters slowed the passage of Group 2, who suffered a string of punctures, while complacency in Group 1 led to lacklustre performances on the hills, and insufficient sweat to challenge for the top placings.

After six lung busting climbs across 50km of the Ayrshire Ardennes, just 5 seconds separated Alex from former champ John-Paul Baxter. An early flurry of cups and trophies by Janet Brooks were quickly dulled after Sharon McNicol and Jude Paterson traded blows across the bergs. However, Jude failed to recover sufficient time after a disappointing ascent of the Barrmuirberg.

Initially, the commissaires struggled to separate the top two men after Alex’s Strava failed to record three segments. However, after much analysis of power, HR, and potential speed, the chief commissaire gave into Alex’s massive bribe and awarded him the win.

Welcome back to the ‘Sparks’!