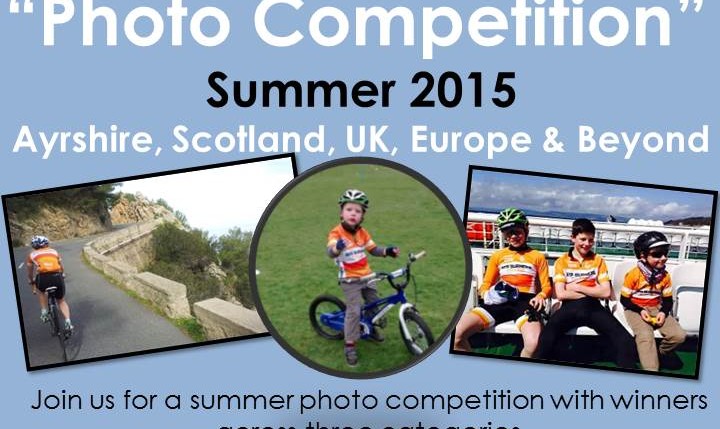 At the start of the summer we launched our photo competition and asked Following the Wheel photographer Martin Young to help us with the judging.

By the end of September we’d had lots of great entries across the three categories “Burners’ Adventure”, “Burners Abroad” and “Burners Family”.  Time for hard work to begin!

We are pleased to confirm that our 2015 Photo competition winners have now been announced, with each set to collect a prize at our Buffet Presentation on Sunday 29th November.

For the category of Burners’ Adventure, Martin selected the image of Harry McGarvie enjoying the final daylight of the summer at Irvine Beach Park.

There’s maybe a little bias in this one as Irvine’s Beach Park holds a special place in my heart as my favourite cyclocross course. Still, it’s a beautifully composed photo and not only shows off Harry’s spirit of adventure but also the natural beauty of Ayrshire, which we work hard to promote.

Like all good competitions there is some controversy too.  The picture was found on Lindsay’s phone, but JP is claiming the credit.  To solve the debate Harry will get the prize! 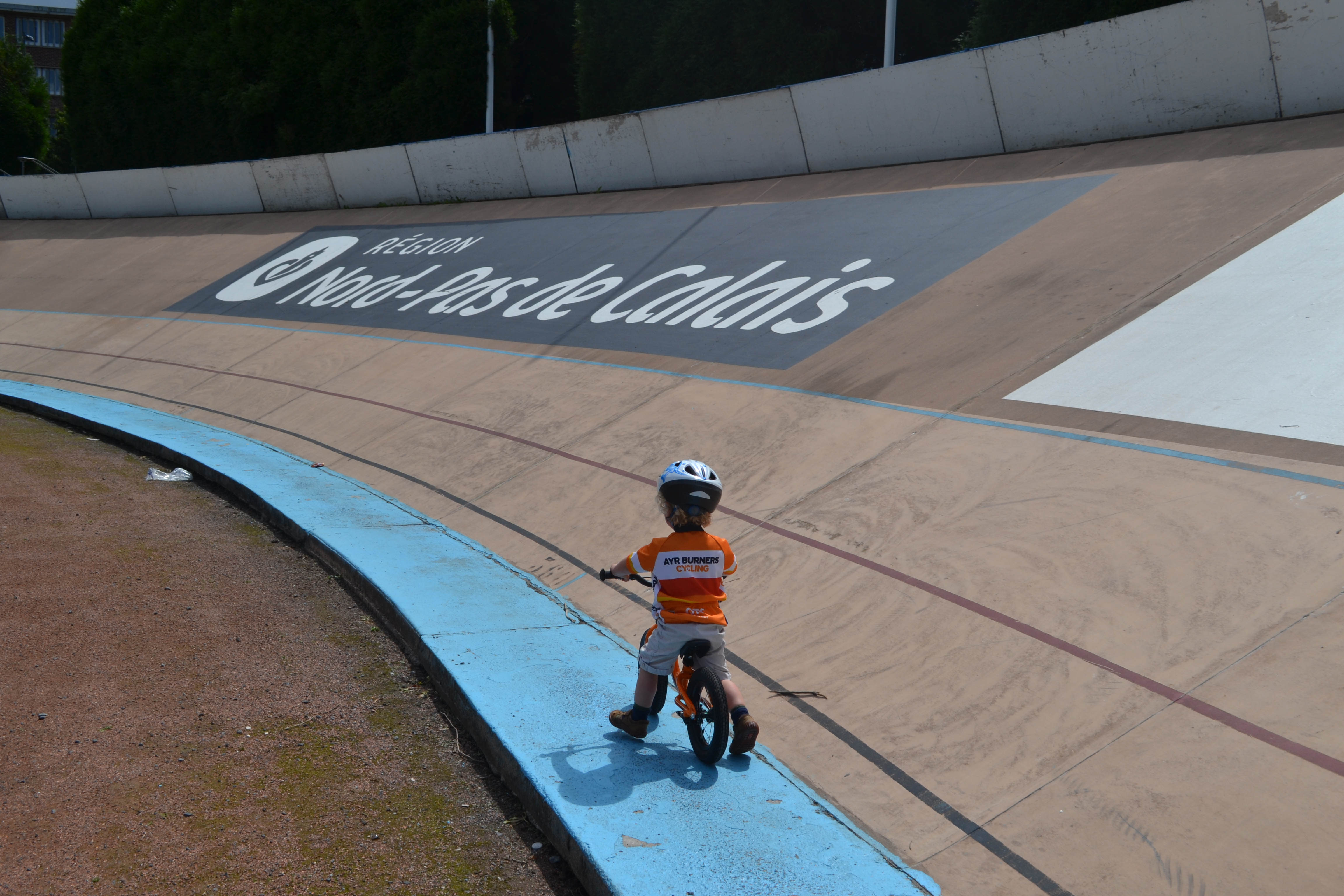 The Burners are all about getting people on their bike. What better way to inspire the younger generation than taking them to ride at one of the world’s most legendary race venues, the Roubaix Velodrome. I’m only slightly jealous. 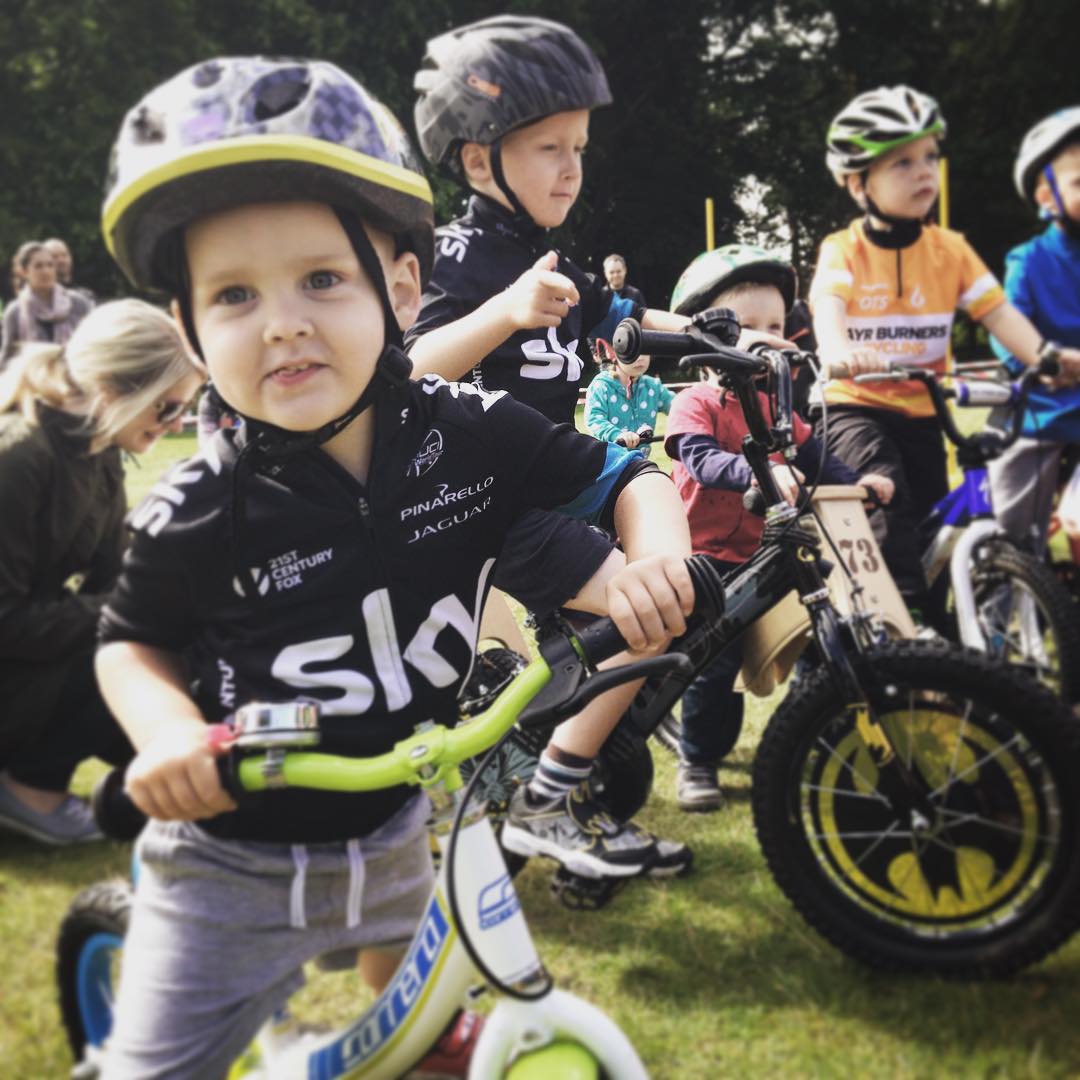 Sticking with the ‘sparks’, Martin had no hesitation in awarding Gavin McKellar’s picture of brothers Andrew and Lewis enjoying games in Belleisle

Our sparks sessions have been the club’s greatest success. Every event has been fully booked well in advance and the kids absolutely love the chance to learn new skills while making new friends – which Gav has captured perfectly. Look at those smiles!

You can view all the entries on our gallery page

Big thanks to Martin for taking time during a very busy house move to complete the judging.  You can see Martin’s own work at www.followingthewheel.co.uk

We’ll catch up with Martin soon to check on his progress establishing ‘Auckland Burners Cycling’ in his new hometown!