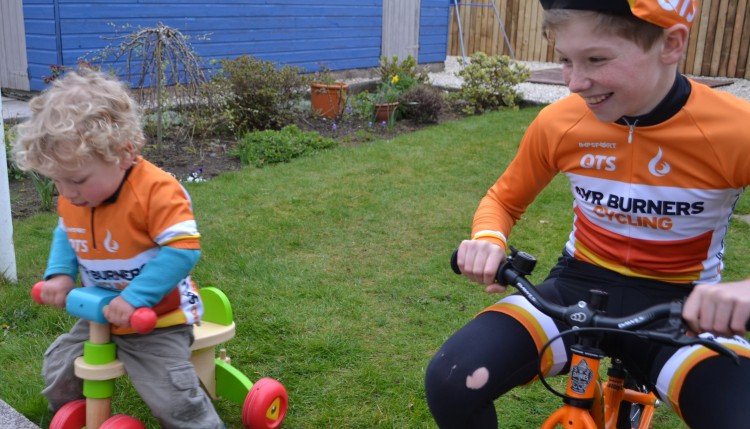 We’ve been wanting to run some rider profiles for a while, but who better to start with than young star Harry McGarvie?  Following his big weekend at Millport we caught up with the ‘Hurricane’

How long have you been cycling Harry?

About two and half years – my Dad (Lindsay) decided to do a 110mile charity ride, and seeing him cycle made me really want a bike, and my mum helped me get one a couple months later.  Dad and I were soon joining in with the League that Chris JG was running at Ayr Roads Cycling Club.

What is your favourite road ride?

I really enjoy going around Arran, especially the String and Ross roads in the middle of the island.  Also, cycling in Mull is great – I’ve been a few times with my family.  Last time we took our cross bikes and it was great fun.

What is your favourite off-road ride?

Mmm, that is quite hard.  I really enjoyed the Burners ride up the Mennock Pass and back by the Southern Upland Way.  I enjoy all of them, but the fact we were away so long on that ride and there was good mixture of terrain, with on-road up and technical off-road descents made it great. 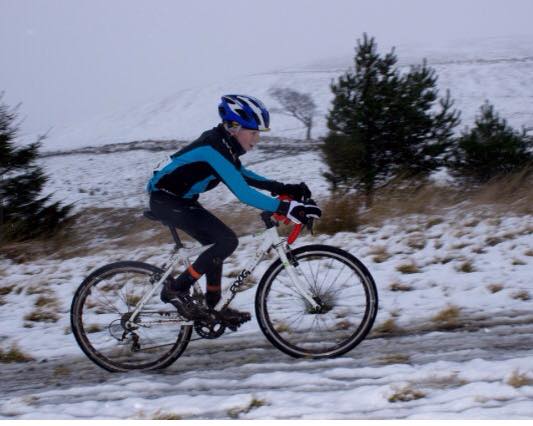 Harry loves his cyclocross riding, whatever the weather.

Which Burners ride are you most looking forward to?

I don’t think I could say any one in particular, I’m looking forward to the Ayrshire Alps friendly ride with cyclists from the Fullarton Wheelers and other clubs, and all the adventure cross rides too.  I’m really looking forward to this Thursday’s scavenger session at Troon!

What would be your dream cycle?

Probably a ride up the Pyrenees, (Harry starts listing the Tourmalet, Aubisque etc etc, then decides ALL OF THEM)

What has been your best memory on a bike?

Probably when I was younger, going out with everyone in the family (Mum, Dad, and brothers Cammy and Max)

Can you remember your first bike?

I had a balance bike, (checks with mum), it was wooden and red.

What kind of bike(s) do you have now?

I have a Kuota Kobalt race bike, supplied by Sprockets Cycles. They’ve been amazing and have sponsored me since the cyclocross season, when they provided me with a Frog cyclocross bike.   I’ve also got a Genesis mountain bike that the guys at Sprockets gave me a great discount on.  It’s really reliable. 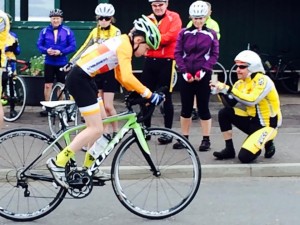 What would be your dream bike?

I’d really like a Cervelo S5 – I’ve seen them in Sprockets – it looks so fast and aero.  But I couldn’t ride it for cyclocross?  Hmmm….. I’d just ride the Frog for that.

Who would be your dream guest at an Ayr Burners dinner?

Probably Eddy Merckx, that would be cool!

Who is your cycling role model? 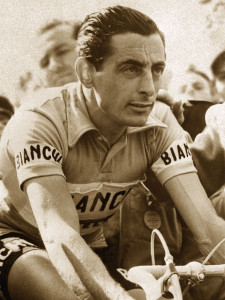 Eh, Coppi?  Yeah.  Fausto Coppi [he knows his history].  Locally it would be JohnPaul, and Graeme Obree of course.   For quite a while JP has been doing really well in cyclocross, and that’s what I enjoy most, and he really enjoys being on his bike and not just racing.  He’s also small like me!

Tell us about the race in Cumbrae.

Well I did two races, the hill climb and the time trial.  The toughest was the time trial – it was 8.9 miles (to miss Millport).  There was a massive headwind at the start of the course – I overtook six or seven people early on, and then at 5 miles I suddenly felt horrible and was sick all over the bike.  I took a drink and felt ok again.  It was tough, but I guess it was quite funny when I think about it.  I really enjoyed it. 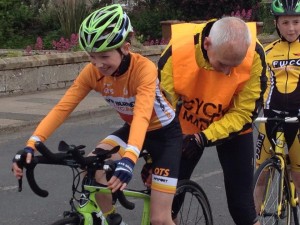 For the hill climb I was really pretty knackered, even if I’d had three hours to recover.  It was a category 4 climb – the only one on the island, and I actually went ok.

In the hill climb it was really soon after when I found out I won, but in the time trial I had to wait a while to find out I got third.

You went to Cumbrae with the Fullarton Wheelers?

Yeah!  It was really good fun, they’re all such nice people and the youths were all really friendly.  I think if I wasn’t in the Burners I’d join them, but i’m proud to be a Burner.  I love our new QTS kit, designed by Alec – it really stands out!

You’ve obviously read a lot of cycling history Harry – what advice would you give to the younger members at the balance bike games you help out at?

You want to cycle because you enjoy it.  So have fun!

Big thanks to Harry for sharing with us!  Harry is a one of our youth-champions along with Chris Scott – tasked with helping ensure the Burners have a regular programme of activity to appeal to young cyclists.  He’s doing great!