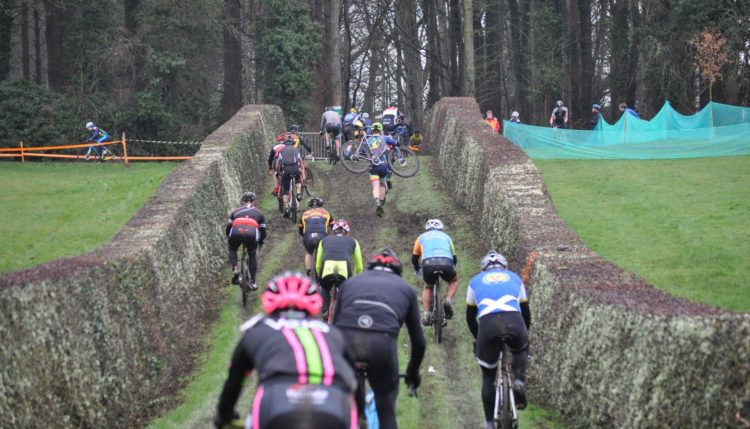 Hope Factory Racing’s Gary Macdonald claimed his second Super Quaich win in as many weeks to cap a fantastic day of racing at the QTS Doonbank Trofee Cyclocross Event.

The event, promoted by Ayr Burners Cycling, attracted more than 500 people from across Scotland to Rozelle Park in Ayr. 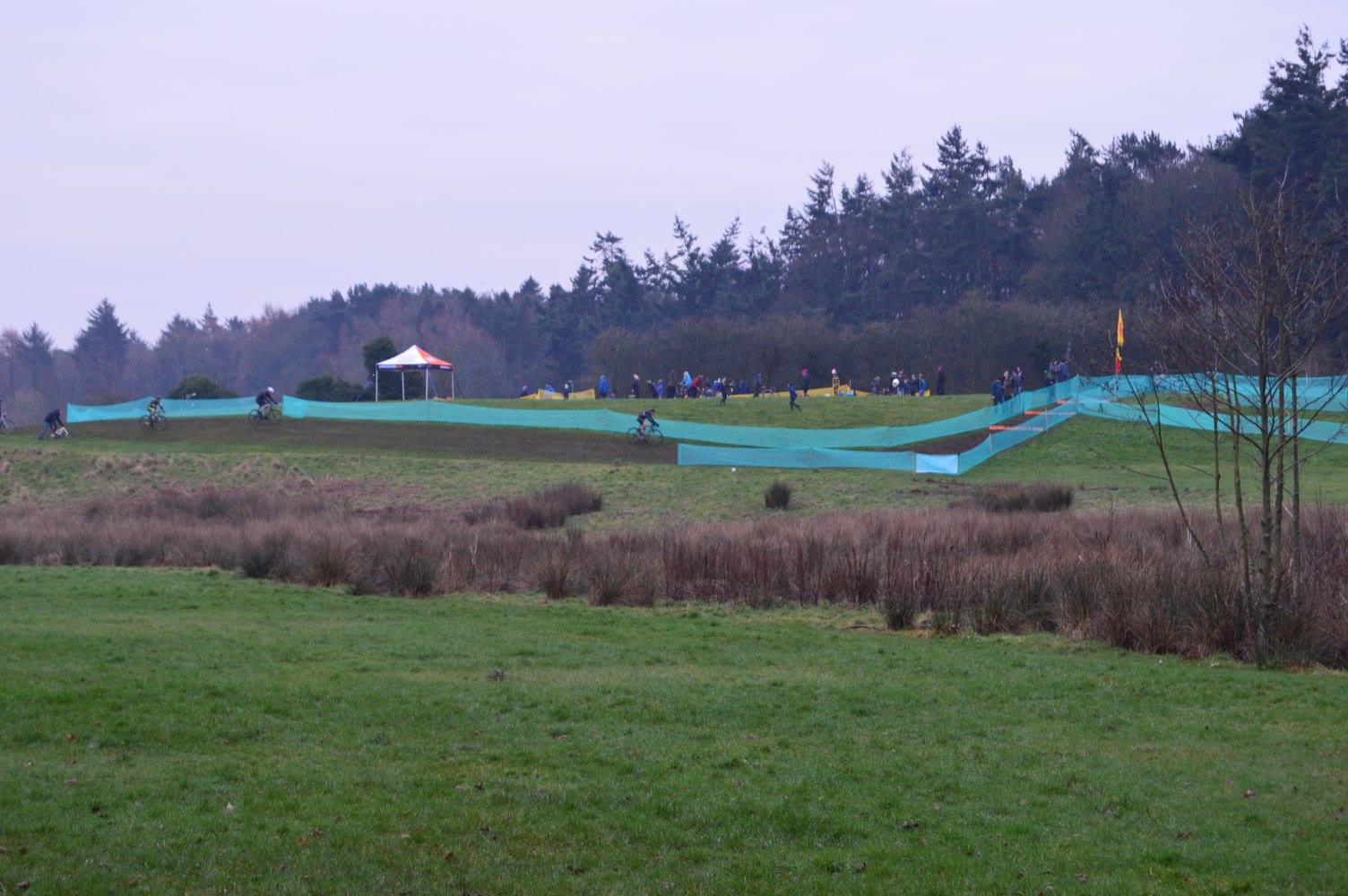 Better known as a top UK motorcycle trials rider, over the past two seasons Gary has developed his speed and power to match his technical ability for cyclocross. 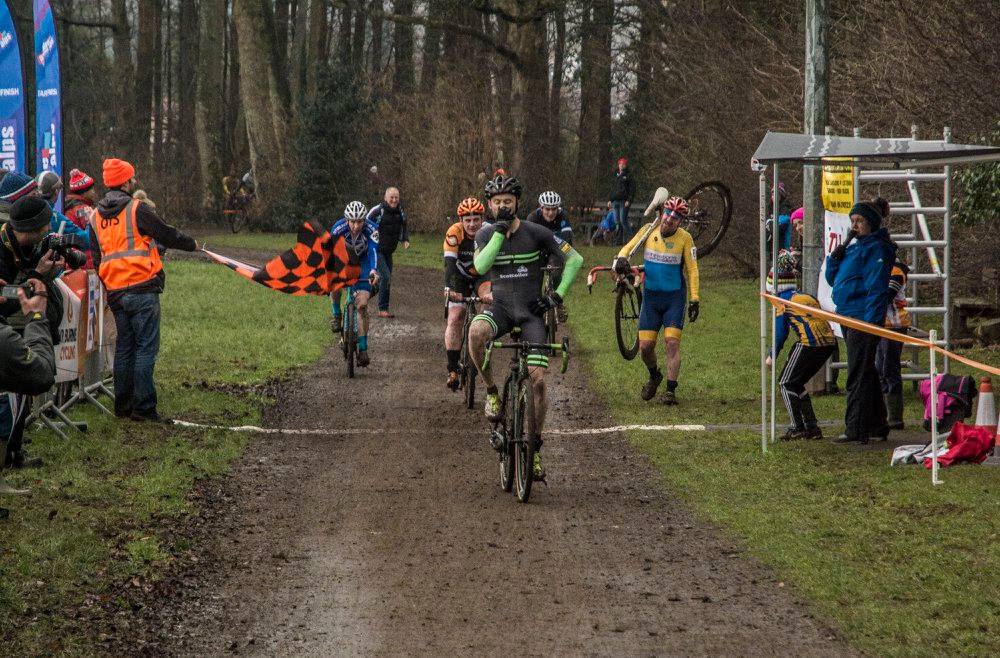 The Doonbank Trofee course required both in equal measure, with slippery off-camber descents, steep run ups and frequent changes of terrain. Following a 10hour shift on Saturday by members of Ayr Burners Cycling, Rozelle park was transformed into a top-class cyclocross venue.

For the opening laps Macdonald dualled with seasoned elite rider Davie Lines. It was on the shallow staircase on the third lap where Macdonald managed to get a gap on Lines, which he was able to stretch out entering the rooty woodlands. 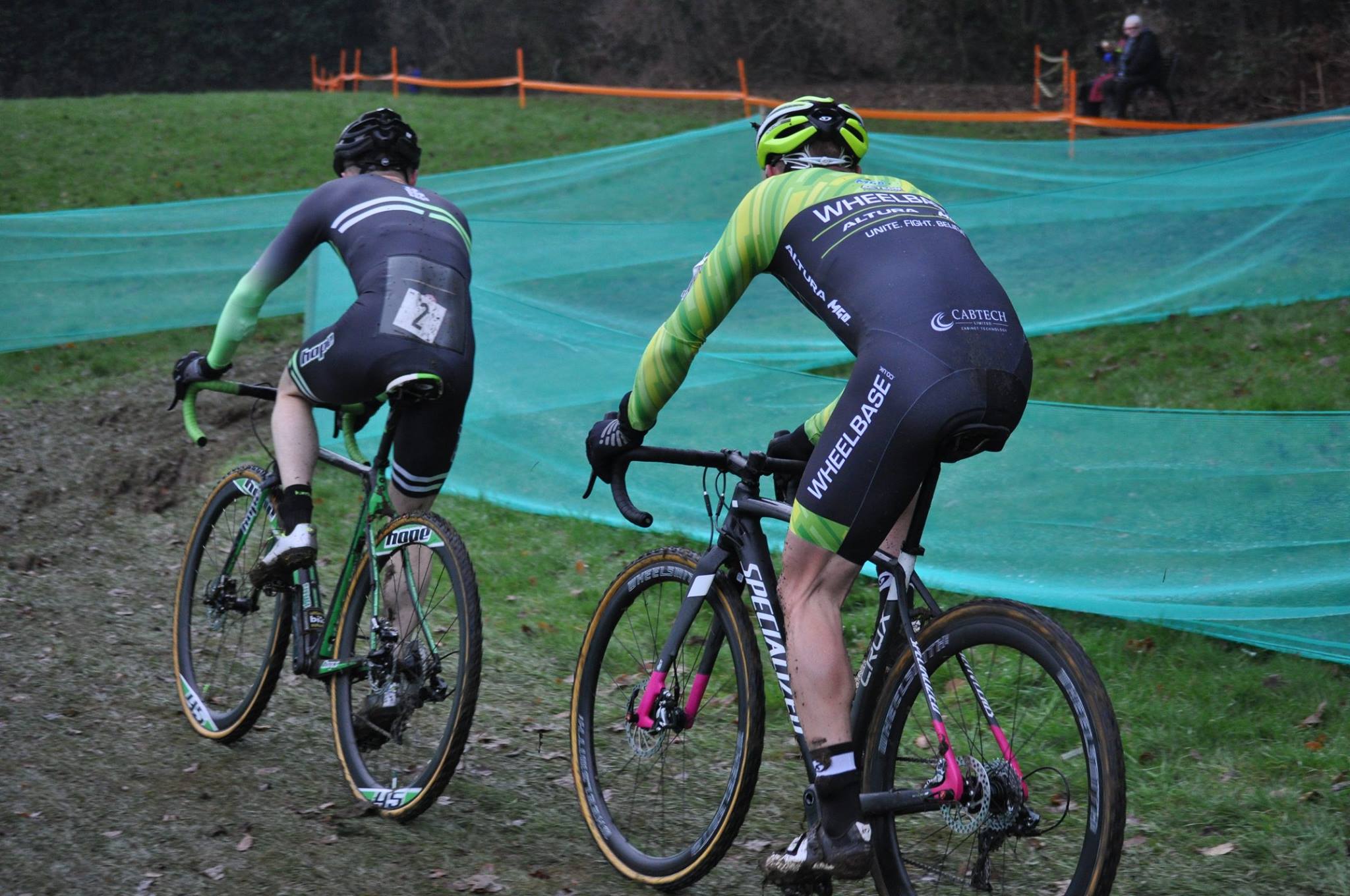 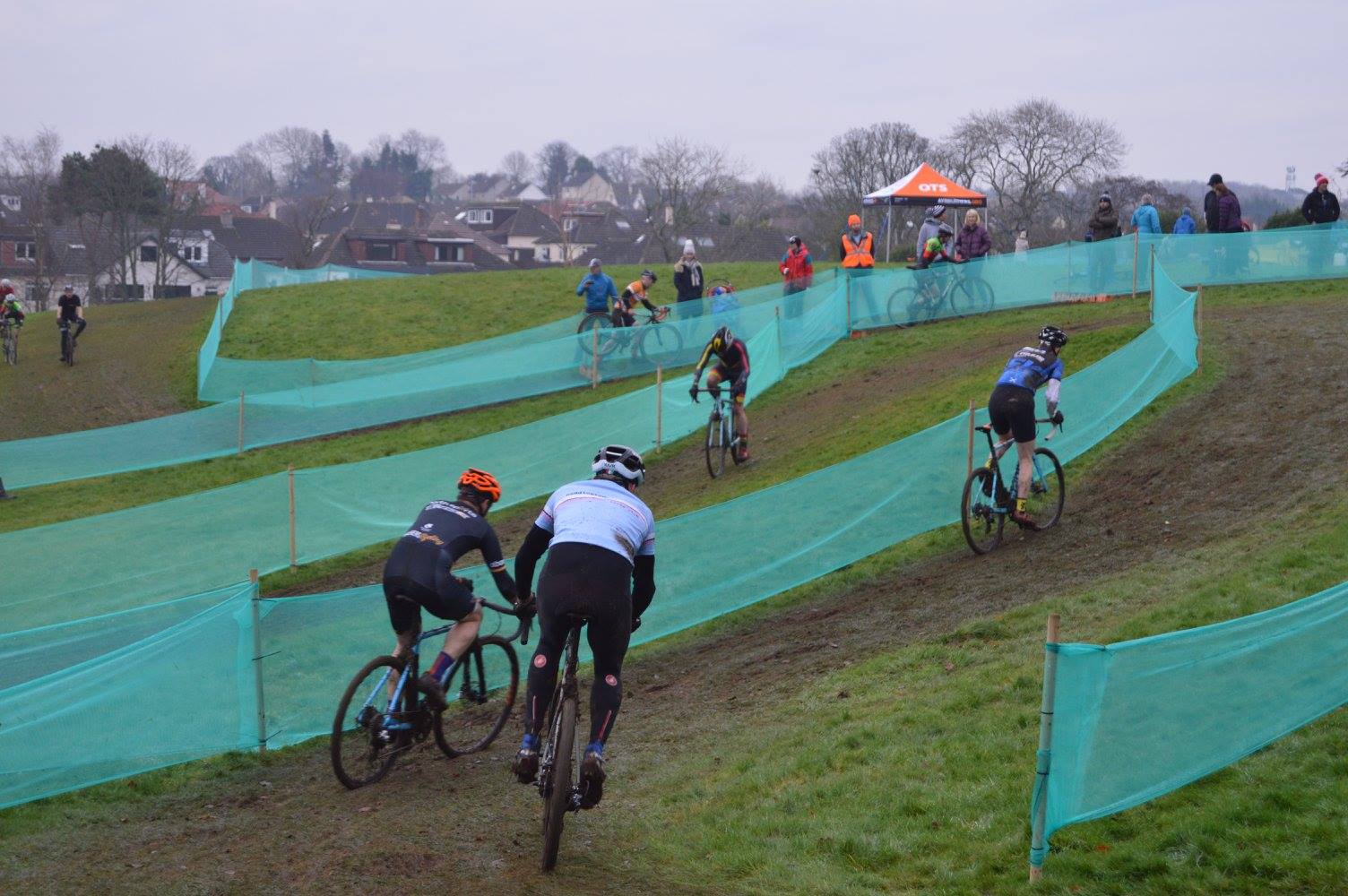 The race for the fastest Ayrshire rider was as equally exciting, with multi-sport specialist Brian Yates of Carrick CC dualling with elite cyclist-turned-runner Neil Walker of Northsports-Kinesis. Both used the lengthy running sections to their advantage, and were equally matched until the final laps when Walker gradually opened up a gap of 1 minute to be first home rider.  Peter Ferrier of Ayr Burners Cycling collected the Caledonia Cup as first rider from the promoting group.

In the women’s event Anne Ewing of WV Breda made amends for a disappointing result in 2016, taking a convincing lead over Maddy Robinson of VC Moulin. Ewing never looked to be in trouble throughout the race, and builds her points tally in the four race Super Quaich series. 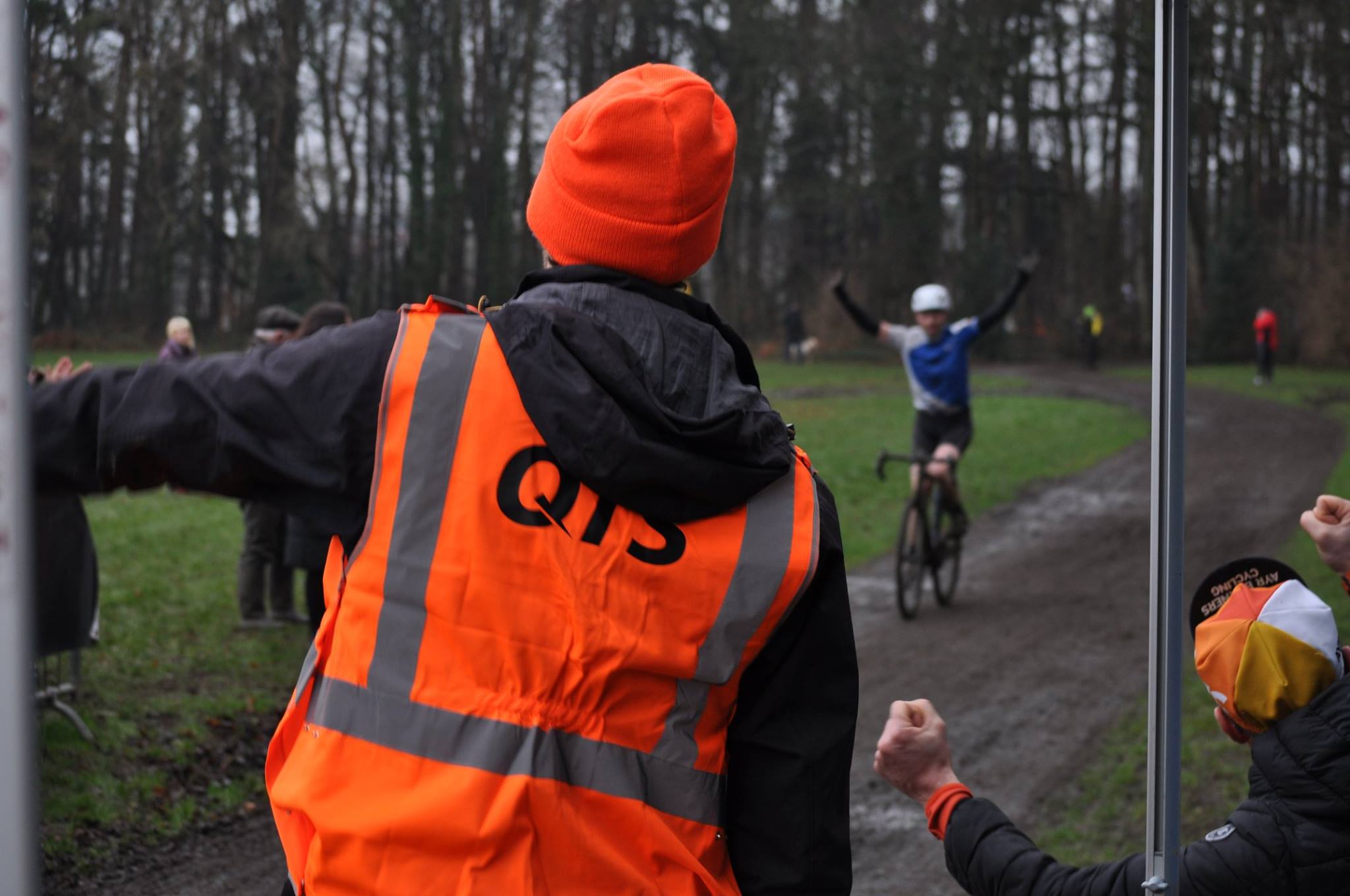 In the ‘B’ events, Lindsay Branston of RCCK took a hard fought victory over Julianne Rourke of Edinburgh Road Club to claim the women’s prizes, donated by No.30 Kyle Street. Meanwhile in the men’s event local rider Paul Gibson (unattached) proved to be a very popular winner. A long time friend of organiser John-Paul Baxter, Gibson was also one of the last helpers to leave the site on Sunday night after a lengthy course deconstruction. Returning to racing following a lengthy break, it was also a welcome sight to see former elite mountain biker Roddy Yarr on the podium in second place.

Alongside the Super Quaich events the Burners hosted a round of the Scottish Cycling South West series. Regional Development Officer Fiona Walker was on site to award prizes to riders across the categories, including some fantastic results for local Ayrshire riders with Ollie Kelly of Alloway winning the U12s event, and Harry McGarvie of Symington 3rd in the U16s.

In addition to the racing, volunteers from Ayr Burners Cycling also hosted a popular session for under 5’s, giving the ‘Sparks’ on their balance bikes a chance to get involved. More than 40 youngsters and their parents turned out for the mini-cross course with bumps, trees and plenty of muddy puddles to play in. 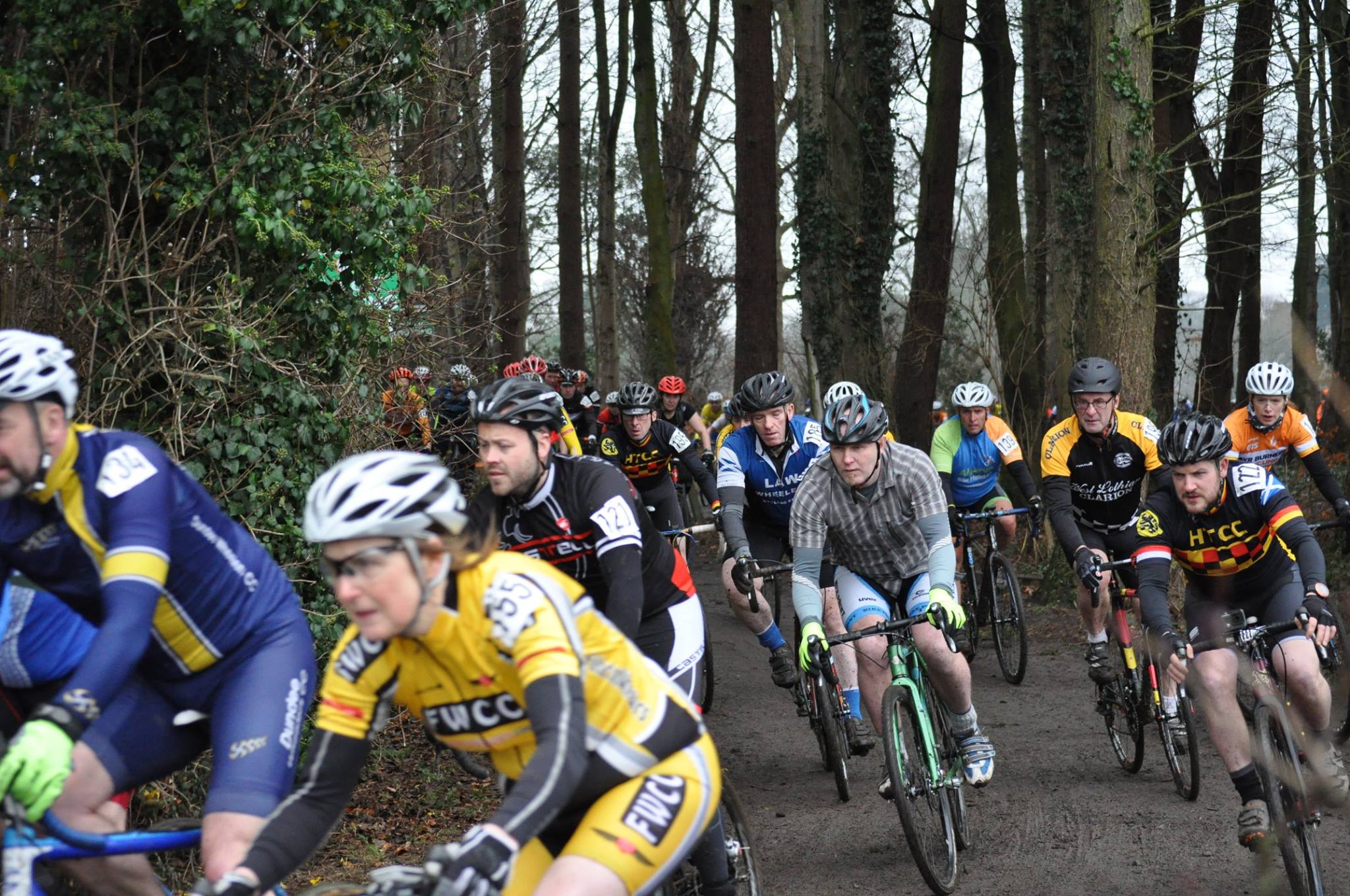 At the end of a fantastic day of racing, feedback from across the Scottish cyclocross community has been hugely positive. Organiser JohnPaul Baxter had many people to thank:

“This has been the Burners’ most successful event to date, and is a credit to our members, supporters, sponsors and volunteers. The riders have had a great day, but I’m also particularly grateful to the people of Ayr for coming out to enjoy the spectacle and getting behind the event. I lost count of the people I met who approached me to say how much they’d enjoyed seeing cyclocross at Rozelle.”

Ayr Burners Cycling are grateful to South Ayrshire Council for their help in preparing for the event, currently the largest participatory cycling event in South Ayrshire. 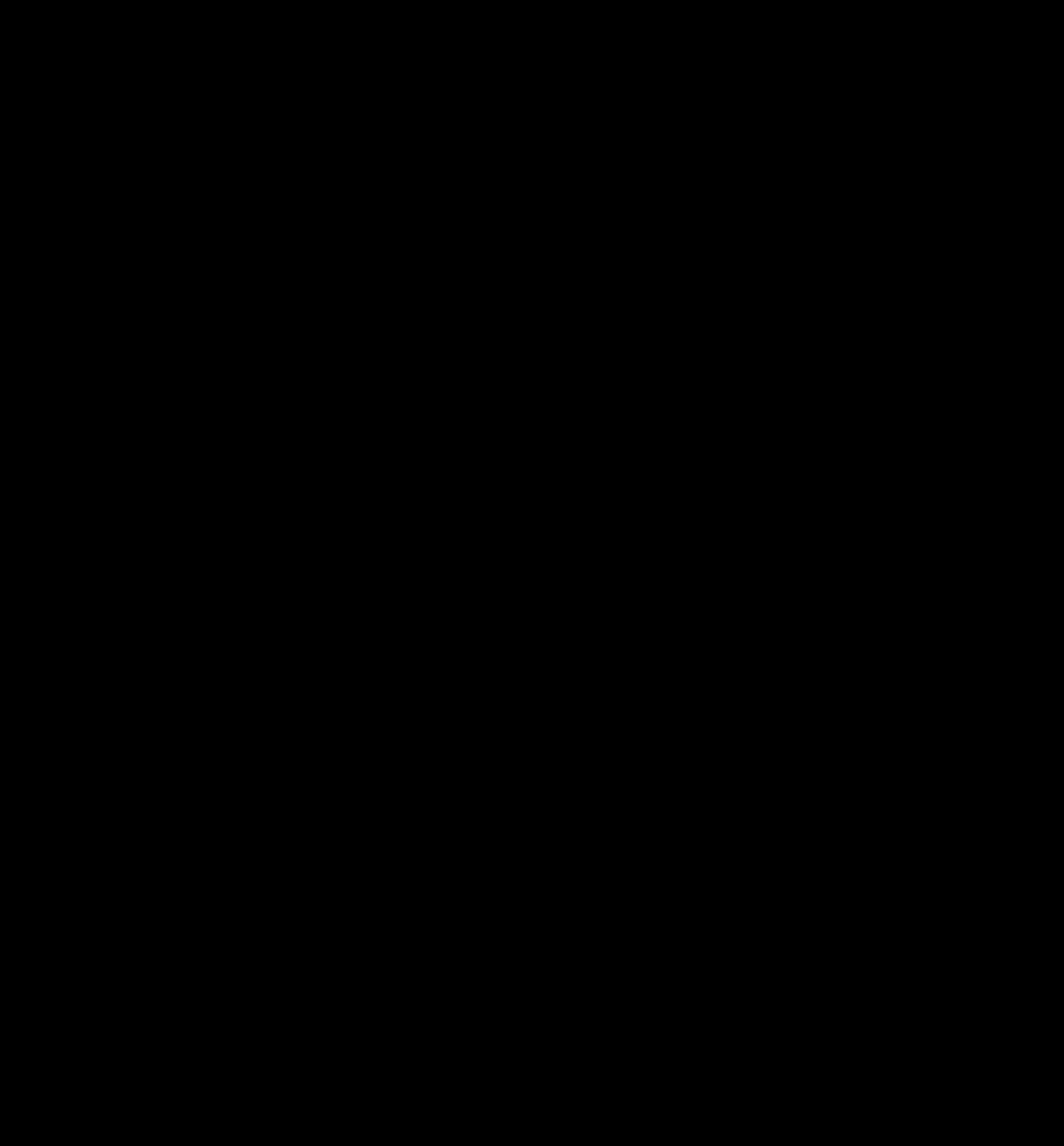 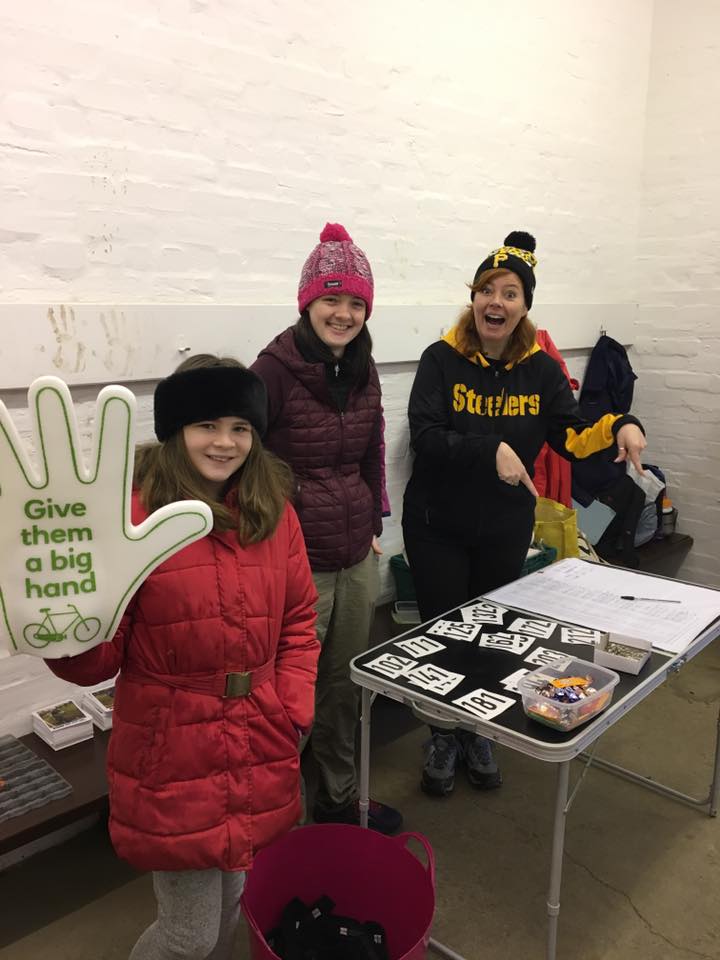 The sign-on A Team! Thanks to Jo, Nina, Cheryl and Hannah