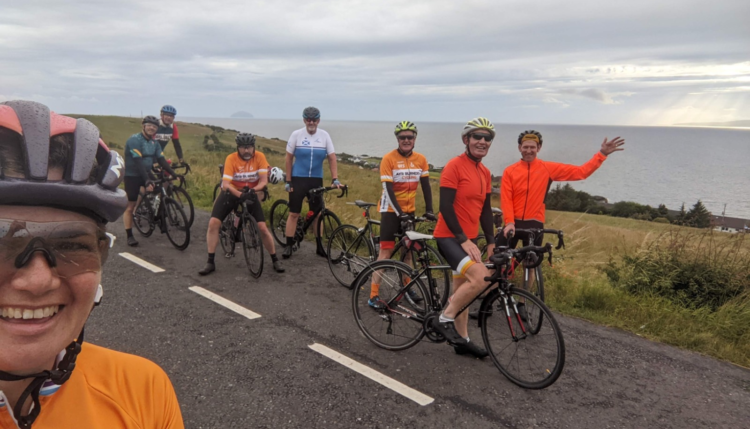 After the week of rain, Jude thought an article on the Summer Series was long overdue. Must be dreaming of sunshine…….

This year’s Summer Series involved a monthly short TT series along the coast road – from just above Fisherton back to the Co-op at Doonfoot. We had great weather this year – and always had a favourable wind direction. That said, one month we did delay by a week due to horrific and non-summer like weather. This year the fastest effort across the series was just over 8 minutes – so it’s not a long effort for those of you who haven’t taken part (yet).

Everyone’s scratch time on the night had a handicap applied to it, based on their previous average times which were updated each month to take account of increases or decreases in fitness. This meant that everyone independent of age/fitness/health had an equal chance of winning the handicap.

This year’s series winner was Calum Dobbie who was still victorious even though his handicap got higher as the series went on. Even better result, Calum so well done – all those extra miles and sportives this year have done wonders.

A special shout out should also go to Ted Grant who took part in most of the series on his Merckx. Inspiration to us all.

So, here’s dreaming of next summer and even more folks joining in the fun.