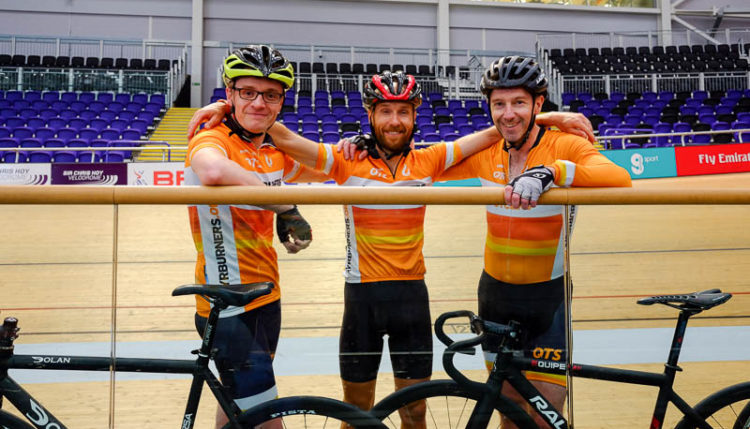 Burnin’ up the Track!

A few Burners with a hankering for something different, something new, or just had too much time on their hands decided it would be a good idea to go for their accreditation on Sir Chris Hoy’s Velodrome. (JP had coaxed Lindsay and Kev into it.)

There are four stages to the accreditation process which by the end will allow riders to enter open sessions, structured training and competition (easy now!)

#1 Introduction to Track Cycling
This one hour session consisted of getting used to a fixed gear bike and learning the skills to safely enter and leave the track, and also getting a taste for the banking! (which looks VERY steep when you’re at the bottom!). All three had ridden fixed before, JP & Lindsay had also been on track before, good start. JP however, did have to pump his tyres on his own bike before starting… it’s not the CX season yet JP, 20psi won’t do! 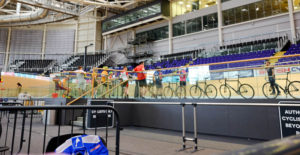 #2 Improve your Track Skills
Another one hour session aimed at getting riders to ride safely in groups, getting close to riders wheels, and generally moving around. An Italian Pursuit race ended the session with JP taking position as last man (i.e. strongest) and finishing with the quickest time… probably due to his big gear!

#3 Preparation for Accreditation
A hard going two hour session where riders got even closer together, stacked up, slalomed to the front, and some other ‘interesting’ maneuvers were taught. Stopping at the top rail was also taught, quite tricky but fortunately everyone managed without any falls. 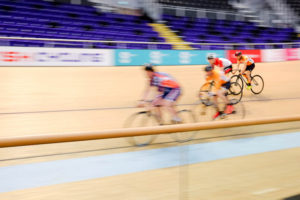 #4 Accreditation
The final part of the accreditation process began with a few nervous faces knowing it was another two hour session of simulated racing. “Am I fit enough?” was the question circling the riders heads.

After a warm up and a brief recap of safety and previous training they went straight into their first race, an elimination race! Kev didn’t get his tactics right and was spat out on the first lap, Lindsay faired better and wait for it… JP was 1st!

After a few other leg-busting races it was announced that everyone had passed and would be fully accredited on the system within 20 minutes! Hurrah! Now the real fun begins! 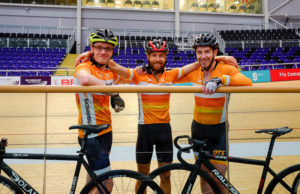 On a final note: The staff and coaches at the Arena were very helpful, giving simple explanations, and generally made the accreditation process very enjoyable. If you find the track a daunting place to be, fear not, just give it a go, it’s all good safe fun with no expectations of having to be a super quick rider or a masterful tactician!… taster sessions are available or even family sessions, so there’s no excuse!