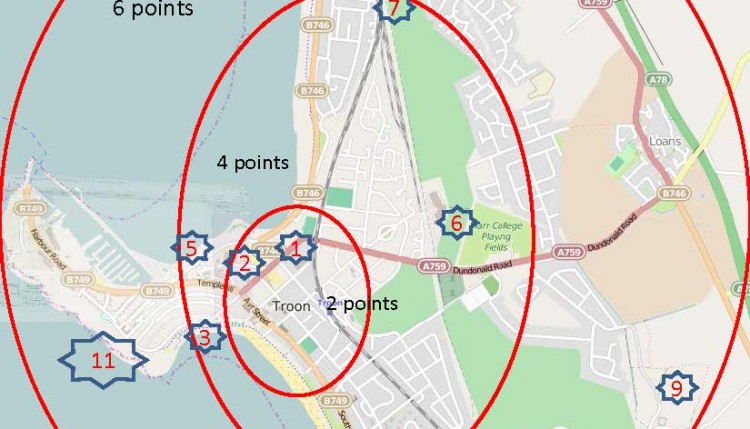 As the station clock ticked towards 7pm there was a small but committed group assembled for the Troon Treasure Hunt.  However, for those present it meant the chance to pick up big series points.  Ignoring the fine and solid drizzle (warm rain – Scottish Summer at its finest!), the riders took hold of their maps and pens and started to plan their strategy. 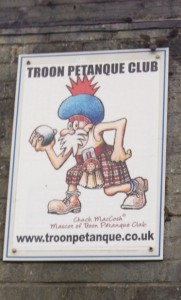 How well do you know Troon?

The format was simple(ish).  As in orienteering, follow the map to collect as many clues as you could in an hour.  Get back to the station by 8pm or forfeit a point a minute.  Scott Knox chose brawn over brain, chasing off out the station in a panic, while Will Jackson took a more considered approach, identifying a route before setting out.  Chris and JP both started with a penalty – JP knowing the clues and Chris knowing the map.  But neither knew both so they would still have their own battle.

To make things more interesting, the furthest locations netted the most points.  Should you gamble going far for 10 points, or focus on collecting all the low scoring clues closest to the start?  On his road bike, Will was to go far and wide, on his mountainbike JP was set for shortcuts through off road sections.  And with Robin riding in his childseat Chris had the added distraction of finding choo-choos throughout the ride. 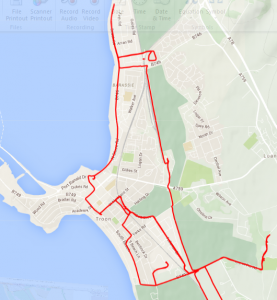 Scott would rue not taking more time to plot a route

Scott was first to return to base, with several minutes to spare, but with no potential of reaching further clues without picking up a time penalty.  As JP rolled in shortly after the clock ticked closer to 8.  Breathing heavily, Chris and Robin emerged from the evening spray with just 20 seconds to go.  But what about Will?  Scott had seen him earlier near the pool, JP had maybe seen him by the town.  at 20:01:44 a flash appeared and he was home, forfeiting just 1 point.

Time for the scores: 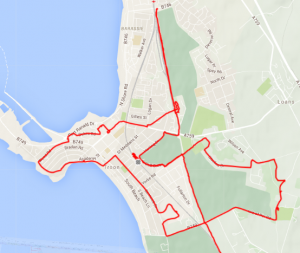 Clearly having Robin as the navigator had been a bonus for Chris, picking up all the smaller points closer to home, but none of the 10 pointers.  Scott caught the biggest scoring clues, but his haste to leave had cost him some easy points close to home.  And despite knowing most the solutions, JP’s mtb hadn’t saved him any time.

With penalties applied to JP and Chris, Scott took the maximum points and reclaimed the series lead from Harry.  But with it being the best 6 out of 8 the contest is still wide open.  The next event in the Summer Series is the Marine Drive GP – an APR format contest in Irvine. 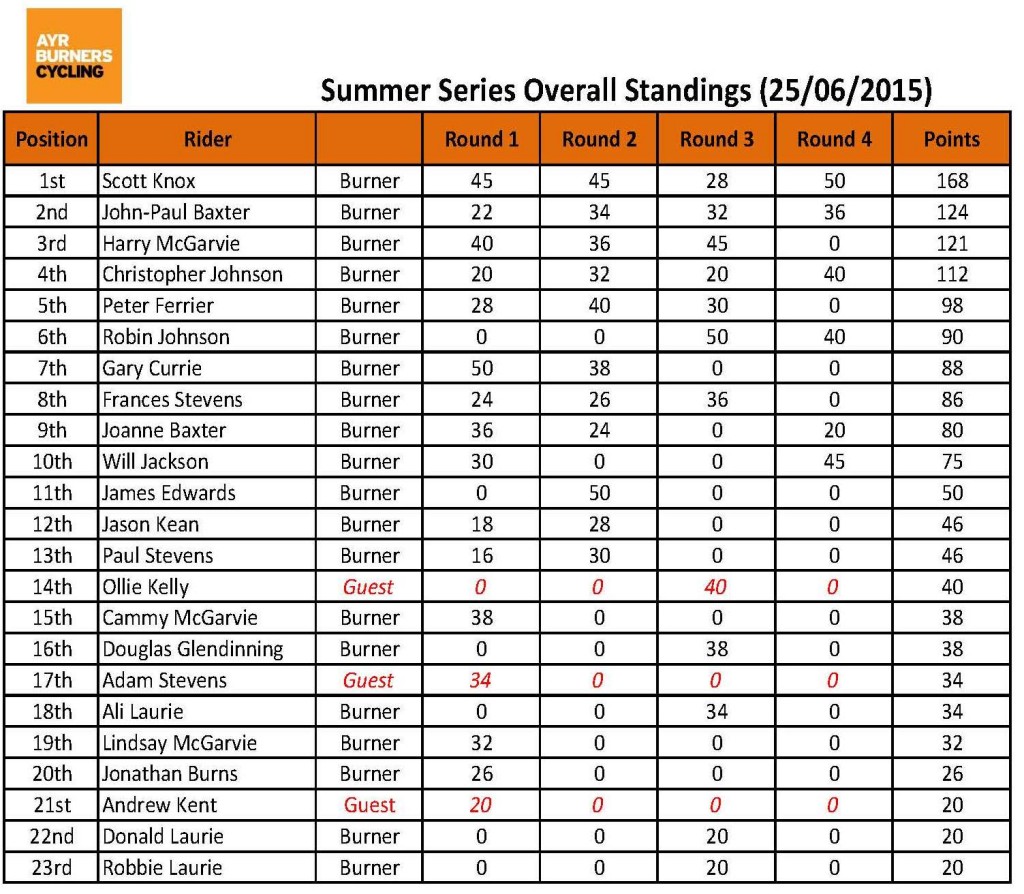 Big thanks to Joanne Baxter for setting the clues – a late flight home meant she missed the start, but scores 20 organiser points.

Why not have a go of completing the treasure hunt yourself – just take an hour with the family and friends and head off to troon station. You can download our clue sheet here: 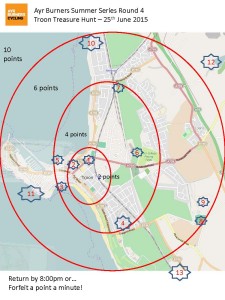