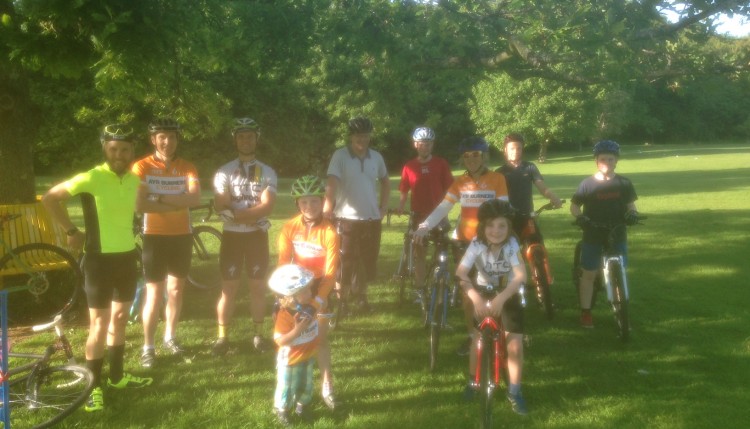 Once again the sun shone bright for our Summer Series. This week we were in Rozelle for summer cyclocross event using a new and untested 1.4km fast and flowing circuit.

As we gathered at 7pm the course crew were running a little slow, but with all hands on deck we had ourselves a marked out circuit shortly after. Time to go! The rules tonight were pretty simple – have fun and look after the park. But there are points at stake so some further competition guidelines were required. Senior men: 10 laps, Women Junior and Youths: 6 laps, Under 5 ‘Sparks’: 1 lap.

With the countdown complete young Robin Johnson toddled off into the park with a 9 lap advantage. However, youth riders Harry McGarvie and guest rider Ollie Kelly (Johnstone Jets) meant business, and chased off the line in a blur. We were delighted to welcome Clan Laurie along, with 13 yr old twins Ali and Robbie. On a standard road bike, Robbie showed awesome handling skills to hold level with Harry. 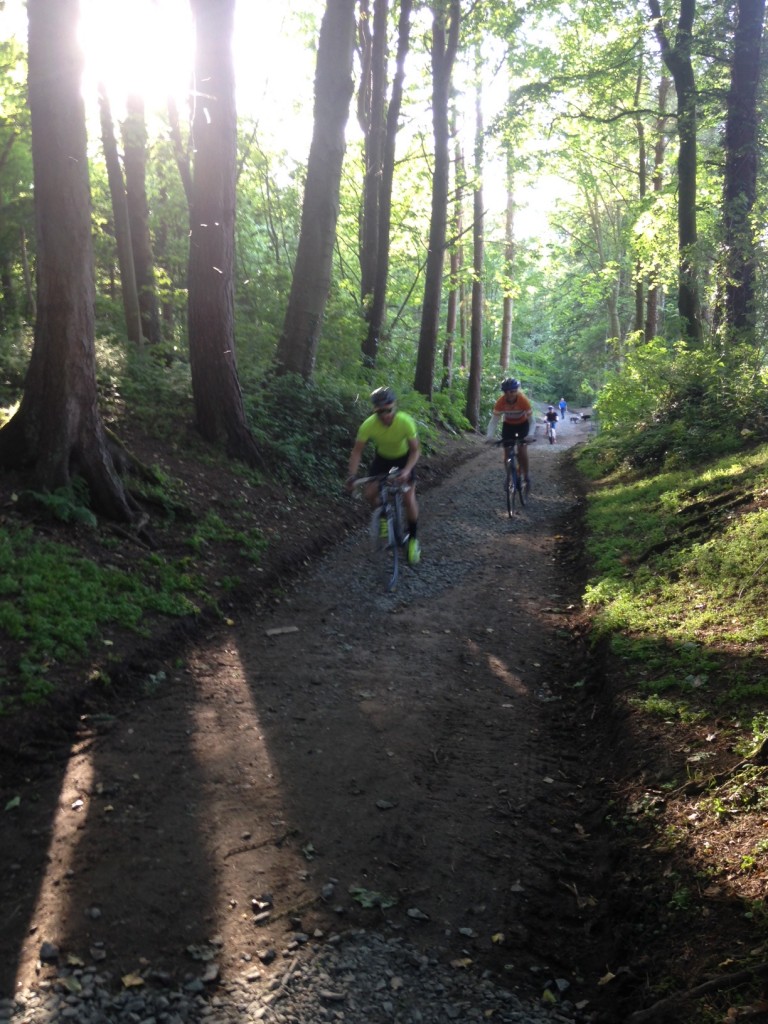 Behind Frances Stevens, Douglas Glendinning and Ali Laurie swapped places for a few laps, topping up tan lines as they went.

And then came the senior men. Peter Ferrier was the first to dig deep, but taking a couple risks to many ended up on the deck twice in the space of 400 metres!

With the added benefit of a couple short cuts, Robin was first to return to base. Robbie had an ill-timed bout of cramp, allowing Harry to claim second with Ollie close behind. Hooray! 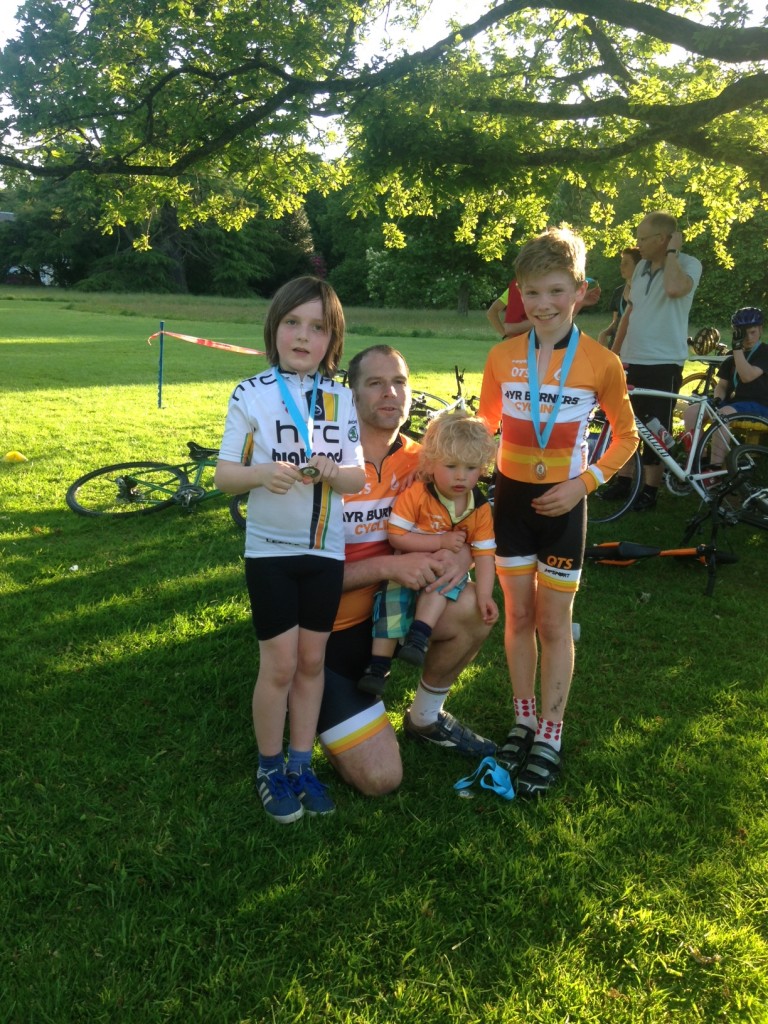 A brief medal ceremony later and it was time to send the senior men back out to tidy up the course and go and work out the points.

Well done Harry who takes over the lead from Scott Knox.  Next event is the Troon Treasure Hunt on 25th June 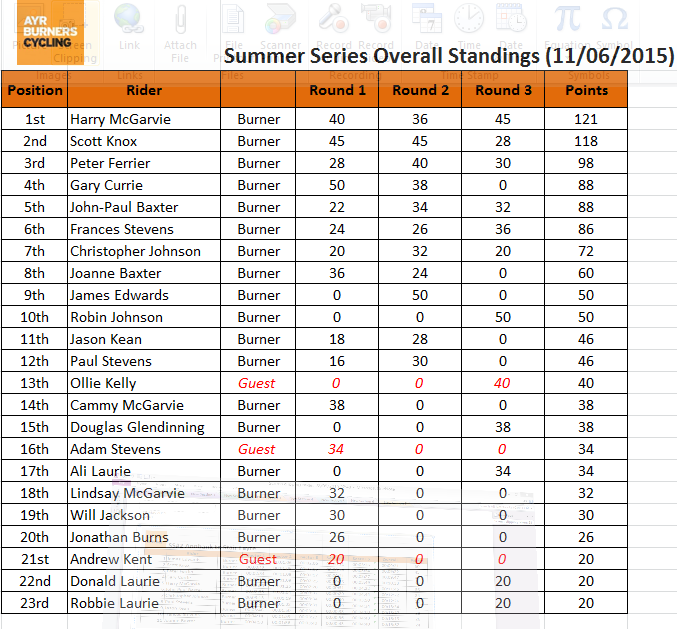