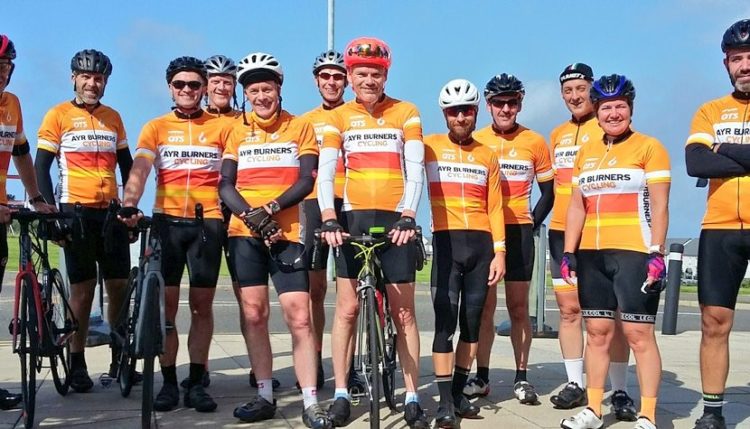 It was all to play for as the 2019 Strava Series reached its final destination – Dalrymple.

Having toyed with lots of options,  we opted for the slopes of Ballycoach for the second Hill Climb of the series (who could forget the pain of Loch Bradan Dam ?).

With an average gradient of 4% over 2 miles it was always going to be uncomfortable, but the good news was that the middle section features a delightful stretch of downhill respite ……. before rising to its steepest slopes of 15% on the approach to the finish line.

Things were tight at the top with 5 riders still in contention mathematically for the overall series title. Chris was in the driving saddle, but only 7 points were between himself and JP. Alex, Harry, and Charlie all had cards still  to play in the overall comp as well.

Jude had almost certainly sewn up the ladies title barring disaster, whilst some serious skullduggery would have to be employed by Charlie to take both the hillclimb win (50 points) and the overall title. But this is cycling remember ….

An impressive turn out of 20 gathered at the Burns Museum, blissfully unaware of the new heart rate max that awaited everyone !!!

Hot favourite McGarvie Jnr started from the back, and passed everyone to take the win with considerable ease, despite the howling headwind. The real battle was played out between JP, Alex, and Chris. There looked to be some matches burned a bit too quickly on the initial slopes (Chris) thus allowing JP to gain an advantage and hold it as he weaved across the finish line. Alex claimed a nice podium slot on the day as Chris hauled himself into 4th spot, dropping down to 2nd overall.

Was Chris dejected, defeated, and downtrodden?

3 points was all that came between him and series glory – maybe next year CJG.

Congrats to JP and Jude, and a big shout out to everyone who took part in this years series.