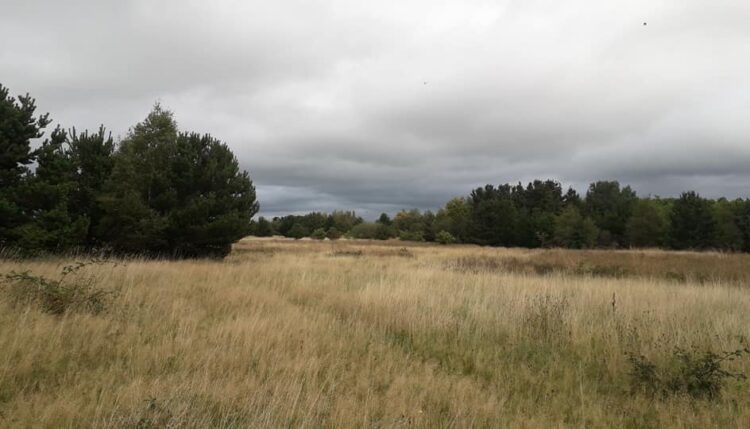 From action to protest – the tale of a cycling facility

Over the last year, Ayr Burners Cycling has been working in partnership with South Ayrshire Council officers to develop proposals for an all-ability cycling facility at the site of the former Glenburn Bing in Prestwick.  Since October all activity has frozen and the project is now in jeopardy.   More concerning though, is that existing public access to the site is now under threat.   Ayr Burner’s founder Chris Johnson gives an update:

Back in early 2019, before most of us had heard of Covid 19, I was invited through Ayr Burners to attend a meeting with representatives of South Ayrshire Council’s Grounds, Sustainability and Community Safety Teams to discuss potential ideas to develop ‘The Bing’, and help address anti-social behaviour.

The Bing is situated on the former Glenburn mine, originally opened around 1900, and officially abandoned in 1974.  The land is owned by South Ayrshire Council.   Since at least 1995 (when the long-defunct Ayr Mountain Bike Club held a club championship there) the site has been naturally re-wilding.   It provides natural habitat to a wide range of animals, and also acts as welcome greenspace to many local residents.

However, it is also notorious as a site for anti-social behaviour.   Dirty camping, littering, and substance misuse is all evident.   In fact, during one litter pick during lockdown over 500 cans of ‘Dragoon Soop’ were lifted from a relatively small area.

The meeting identified some options to cut back some of the overgrowth to expose the drinking dens and deter activity, but also the desire for trails of some sort to increase footfall, promote greenspace, and ideally protect the existing habitats.

The Cycling Facilities Fund presented an opportunity to claim up to 65% of the costs to develop projects – that provide ‘accessible, inclusive and inspiring facilities’,  ‘safe skills and development areas’ and ‘enable festivals, competition and events’.

With 15,000 residents within a 30min walk of the site, including 1,000s of school children, our discussion centred on the need to create an inclusive, all-ability facility, that encouraged the inactive to get active, and promote the benefits of greenspace for wellbeing.    The sporting criteria could be met through cooperation with Ayr Burners, given the group’s experience in delivering high-quality, community led cycling events.

We met with partners within South Ayrshire Council and agreed to develop the proposal and submit an expression of interest to the fund.

The basic premise can be seen below – a large main circuit with sufficient width and reduced gradients to support all ability access, with more technical features and trails threading through this for wider skills development.

With some inspiration from the Baal Cycling Centre in Belgium, the site would be left versatile through the installation of some landscaped features for cyclocross skills and events.  Using publically available guidance from Paths for All, the initial project estimate was valued at £400k.

As a former coal spoil, ground contamination was considered.  Walk arounds revealed no evidence of secondary waste material, whilst mining and SEPA records showed nothing of immediate concern.   It was agreed that non-intrusive trail building techniques would be used to eliminate the need for excavations – which factored into project costs.  Conveniently, rubble removed from Prestwick shore would be available for this.

After collecting further information, on 8th May Sport Scotland delivered the wonderful news that the proposal had been shortlisted and we were invited to develop a fully costed application!

The main feedback was that the Council, as landowners, would be the lead applicant, rather than Ayr Burners Cycling.

Ayr Burners identified a trail designer who would help develop the brief to go out to tender.

And then things started getting strange…

On the 14th June I was invited to a meeting set up by council partners to speak with the Enterprise Manager.   Here we learned that the Economic Development Team had the land earmarked for a solar farm project, considered a key part of plans for the airport development strategy.  I’m embarrassed to admit I left the meeting rather abruptly when I was told that the development of trails would possibly be unfeasible due to the proximity to the identified blast zone connected to the aspirations to develop as a space port.   As a local resident, this seemed to me a callous dismissal of local quality-of-life whilst the cynic in me wondered how many solar panels would it take to offset a rocket launch?

With no information obviously available in the Local Development Plan, and the knowledge that despite their aspiration for a renewables installation, there had been no development on the site in over 20 years, I assumed our proposal was still solid.   With the pandemic in the interim, the growing case for greenspace, and national focus on placemaking, surely changed the landscape?

Unfortunately not.  On 6th October our council partners confirmed they were unable to proceed with the application as the land was being reserved for a solar farm development, and that funding for it had been identified through derelict land funding (this bid is now believed to have been unsuccessful).

Having checked again through the local development plans, I wrote to the four ward councillors requesting further information, in the absence of any consultation to date.   I noted that spades were already in the ground on other projects, and with an April 2022 deadline, the opportunity to gain £250k was at stake.

Interestingly the first Councillor to respond said they were unaware of plans for solar development on the site – which highlights what little, if any, consultation there has been on the issue.   However, they were subsequently informed by council staff members that the Bing was unfit for development due to contamination, but that a solar farm was possible and would help meet the council’s green commitments.

As described already, mitigation around potential contamination has already been discussed.

I cannot begin to imagine the pressures of public office in today’s political climate, so I’m not about to blame people who put themselves forward and act with best intent with the information they have been provided.

I’m also grateful to the various staff that saw the benefits of the project, and committed to getting the proposal this far.

However, I struggle to accept that economic development should dominate a council’s agenda given the national narrative is meant to be moving beyond this.

Why compromise habitat and greenspace?

Given one of the main supporters within the council was the sustainability team, and with my own personal and professional interests in promoting sustainability, it seems unfortunate to be protesting against a renewables project.

However, this is a false choice.   Going by the Place Standard tool, that South Ayrshire Council commits to through it’s ‘thriving places’ programme, enhancing access to the Bing would increase natural space, play and recreation, feeling safe and care and maintenance.   None of those need be compromised by a renewables project simply because other sites exist that can host renewables technology.

Prestwick is already constrained by Airport and industrial facilities.  Alternative greenspace does not exist.   As one dog-walker commented to me “there is no where else to go, you can’t walk on the golf courses”

Closure of the site to protect solar technology would not eliminate anti-social behaviour, it would simply displace it.   Enhancing the space to improve access and develop wider opportunities has more chance of reducing the causes that lead to disruptive behaviour in the first place.

We have been unable to find publicly available information on plans to develop a solar farm on the site.  Perhaps not so surprising when not all elected members were aware of the plans.

The risk is the council is reserving a site for a proposal that has no public backing – and underestimate strength of feeling towards access to the site.

In the absence of public consultation, I set up a petition to request one: https://www.change.org/p/save-prestwick-bing-demand-a-public-consultation-into-future-use

The end of the trail?

We volunteer to make things happen – the very reason the Burners was founded was to deliver on our goals to increase local cycling opportunities.   We’ve put on dozens of events, taught 100s of nursery-age children to cycle, and supported partners across the region.   Much as protest can be useful, it isn’t nearly as fulfilling as making things happen.

This project looks unlikely to go further, which is a huge disappointment – a waste of hours of time and energy, and a missed opportunity.

However, the biggest loss is to the broader community – with the development of a solar farm we will inevitably give up our existing access to one of the largest and wildest bits of greenspace in the town.

Finally, to add to the irony, whilst writing this post, I’ve received notice of the ‘Communities Mental Health and Wellbeing Fund’ – that looks to support peoples wellbeing through accessing greenspace….

One beacon of hope throughout this is the Scottish cycling community. In preparing our plans for a facility that supported year-round cyclocross skills we learned that Falkirk Junior Bike Club were also working on a similar proposal. Given the bids would effectively be competing against each other you might have expected some rivalry. Quite the opposite. FJBC have been generous in sharing useful information, contact details and inspiriation on the format. We wish them the best of luck in developing their application and look forward to visiting Scotland’s answer to Baal!

What we did last summer (in France)